Home Health & Fitness The Covid crisis has reminded us that our economies depend on our... 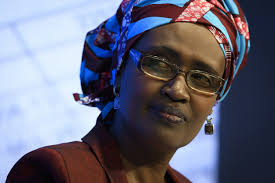 When the crisis hit, many governments dithered, or made it even worse through denial, hiding information, and using punitive measures in desperate efforts to stop its spread.
Later, even after scientists identified effective treatment, monopolistic approaches to intellectual property held down production and left millions of people without treatment.
It took far too long for leaders to understand that our “hard” economy depended on our “soft” health, that the most important competition was not with each other but with the virus, and that health was not an expense but an investment. A broken global system marked by a lack of knowledge sharing, a lack of adequate public health financing, and a lack of global solidarity, resulted in the loss of millions of lives.

That is the story of what happened with AIDS; we must not let it happen again with COVID-19.
With AIDS, it was not until the beginning of this century when, at last, drug production was massively increased and prices massively reduced, and public investment and aid for treatment and prevention shot up, that we started to turn the corner, and life expectancies returned to former levels.
This shift in world leaders’ response was prompted in part by the moral case, emphasised by dramatic images of unnecessary suffering; and in part by political pressure; but it was driven also by a recognition of the huge economic cost of allowing a pandemic to spread.
The impact of AIDS on Africa’s productivity was especially high, and contributed to what became known as Africa’s lost decade. AIDS showed too that borders are insecure barriers against pandemics, and that devastation left unaddressed anywhere threatened devastation everywhere.


Fast forward to 2020 and a new coronavirus is rapidly gaining a foothold by exploiting inequalities and the frailties of systems that could have protected societies. COVID-19 has reminded us of the lessons of the AIDS crisis; that the world has not invested or organised itself to enable a robust response to epidemics. Controlling the virus and recovering from the COVID-19 crisis will depend on international cooperation. Three urgent actions stand out.
First, in anticipation of a COVID-19 vaccine, G20 leaders need to back the plan to ensure that the vaccine reaches everyone, free of charge at point of use, as has been set out in the popular call for a People’s Vaccine.
G20 countries need to use their leverage as public funders of R&D to demand that what is made possible with public money is shared in a way that maximises the public good. This can be achieved by sharing all knowledge, technologies and intellectual property through the WHO COVID-19 Technology Access Pool.
Only mass simultaneous production using all possible manufacturing capacities across the world can ensure the levels of production needed; no monopoly producer can match that scale, however “generous” they are in making donations or deals of doses while monopolising the intellectual property and know-how.


All G20 countries need to sign up to and support global initiatives to develop and ensure equitable access to treatments and vaccines, such as Covax and the Equitable Access Framework established by WHO.
The economic damage across all industries from the perpetuation of the pandemic will far exceed any “gain” to a tiny few from a COVID-19 vaccine monopoly. Vaccine nationalism is ultimately bad for every country: it is in all countries’ enlightened self-interest to ensure that a vaccine gets to everyone who needs it, everywhere in the world, fast.
Second, as the battle against COVID-19 will be won or lost on the front lines of health services, G20 leaders need to lead by example in strengthening free public healthcare, available to everyone as a right.
As the UN Secretary-General has noted, “COVID-19 has exposed the lie that free markets can deliver healthcare for all.” Now is the time to remove all financial barriers to healthcare, and to step up public investment to ensure universal public healthcare that includes publicly-funded community-delivered services.
Strong economies are not undermined by strong public services, they are underpinned by them. A higher contribution from the wealthiest individuals and businesses through taxation is a reasonable and affordable way to protect everybody from health crises, and to protect businesses from the economic havoc which health crises wreak.
Third, G20 leaders need to support action to ensure that developing countries have the fiscal space they need for investment in health, education and social protection, as highlighted in a recent letter to the G20 from former leaders from across the world. Most urgently, there is a need to extend and deepen action on debt.


New research by the Jubilee Debt Campaign shows that developing countries’ debt payments are now at their highest levels since 2001, with many spending more on debt than on health, education and social protection combined.
G20 leaders need to build on the Debt Service Suspension Initiative with a legally binding agreement which encompasses all lower and middle-income countries and all categories of lender including private and multilateral creditors as well as governments, and avoids any payments through the end of 2022. G20 leaders need also to support the issuance of new Special Drawing Rights by the IMF which would boost all countries’ spending power, as was successfully done after the 2008 crisis.
It is vital too that G20 countries confirm now that they will not to cut international aid because of falling GDP but will instead step it up in recognition of our interdependence, that none are safe until all are safe.
To help countries strengthen domestic revenue collection and sustainability, G20 need in addition to pursue forceful action to close tax loopholes and tax havens.


Health is wealth.
If our institutions are not reinforced immediately, we are destined to repeat the history of the AIDS crisis including preventable deaths, societal and political instability, and huge lost economic opportunity. If leaders invest in resilient health systems now, we can beat COVID-19, finish the fight against AIDS, prevent and treat other illnesses, and be prepared for the epidemics to come. History shows that we do eventually learn the lessons and do what is needed.
The question is how fast or how slow. The costs of inaction on AIDS exceeded the costs of action, even in strictly monetary terms. We can’t afford a repeat.


The COVID-19 crisis, awful as it is, is a once in a lifetime opportunity for a reset to tackle the structural inequalities that make our societies and economies so vulnerable.
The actions that G20 leaders take this year will determine the world’s recovery from the COVID-19 crisis: the futures of billions of people are being written now; so, too, are leaders’ legacies.

the writer is the Executive Director of UNAIDS