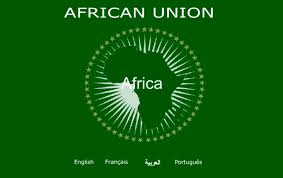 The AU Summit was opened in Kigali on Sunday with the meeting of the Permanent Representatives Committee (PRC), to put pressure on African leaders to find quick solution to the tension in south Sudan

Rwanda’s Minister of Foreign Affairs Louise Mushikiwabo said on Monday that South Sudan is “weighing heavily” on the minds of African leaders following the flaring up of fighting between forces loyal to President Salva Kiir and former rebels backing Vice President Riek Machar.

Regional leaders discussed on how the ongoing power struggle in South Sudan can be resolved and how the two factions can be reined in to end the hostilities which have reportedly claimed over 270 people.

However, South Sudan officials in Kigali say situation was exaggerated by the media and it is currently under control.

The South Sudan Ambassador to the AU James Pitia Morgan said on Monday that the fighting was a result of a misunderstanding especially on the side of pro-Machar forces who thought that he was going to be arrested.