Home Business ‘‘The Anti-Corruption Walk was just a show, we are going back to... 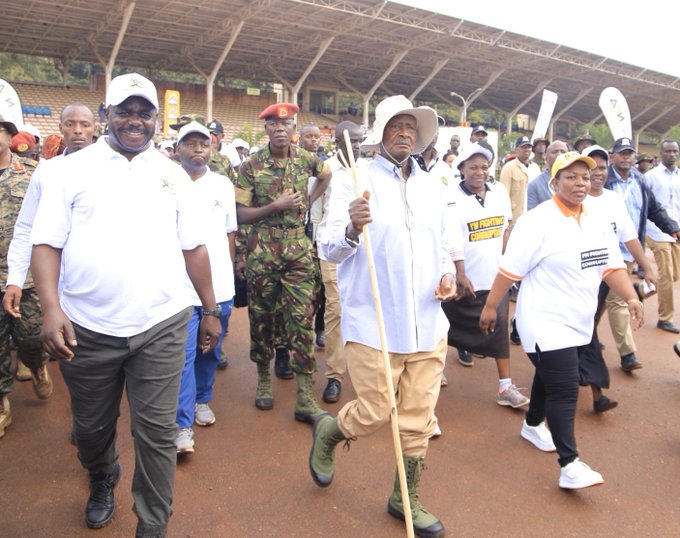 
“Corrupt people are parasites because they get wealth which they did not earn,” Mr Museveni said.
Museveni’s comments came after Deputy Speaker of parliament Jacob Oulanyah said: “Mr President, we are all corrupt’’
“I come here because it is a show but deep down I know we are going back to same old corruption, I dare anyone challenge me on that” he remarked.

“The deputy speaker has just challenged you that let he who has never stolen throw the first stone. I will throw the first stone, I have never stolen and I am rich” – President Museveni said after the Anti-Corruption Walk that was organized by the Anti-Corruption Unit in State House
The ceremony which took place at Kololo Independence ceremonial grounds ran under the theme “A corrupt Free Uganda Begins With Me.’


The head of state described perpetrators of corruption as bad investors who think that the bad things they do that people do not see, are also not seen by God.


He further noted that he has never, for the last 60 years, seen any corrupt person being successful sustainably.
Mr. Museveni said the laws to fight the vice are in place adding that the only loophole was lack of implementation, supervision, follow up as well as thorough investigation of most cases.


Regarding supervision, the President singled out the Police that at times alters the language used in statements that can attract lighter charges to the criminal.

What more is to be said about the failures of a gov't if its leaders find themselves publicly walking in protest of their own failures?
This is the result of power that should be wielded by institutions being vested in a single individual. It's time for change.#CountryBeforeSelf


He also urged the three organs of government – the Uganda Revenue Authority, IGG and the Anti-Corruption Unit – to recruit their staff on the basis of integrity not papers.


“The mistake of IGG, URA and ACU is to recruit people using papers. Look for people with integrity. They are there in Uganda so that we can have a safe zone that is free of corruption,” he said.

#AntiCorruptionWalk: "I come here because it is a show but deep down i know we are going back to same old corruption, I dare anyone challenge me on that" – Jacob Oulanya, Deputy Speaker of Parliament #MonitorUpdates pic.twitter.com/2OgZijLpnL