Home Politics The annulment of Malawi elections: What does it mean for other African... 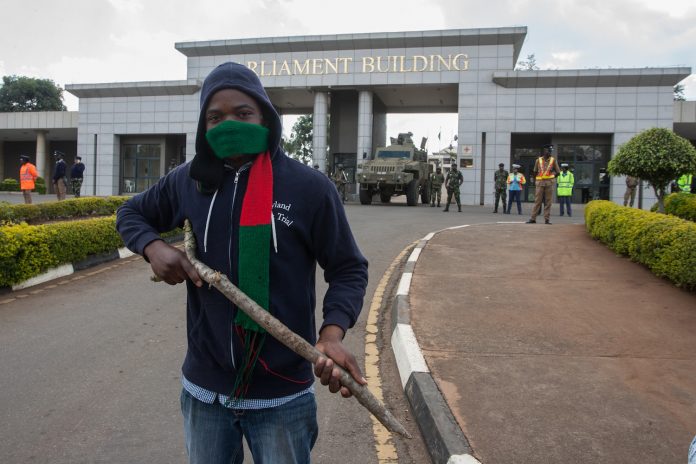 In a 500 paged judgement delivered for more than 10 hours, the constitutional court judges came to the conclusion the May 21, 2019 General Elections were null and void and further asked the Malawi Electoral Commission to organise fresh elections within 150 days.


It is Christmas in February for the Opposition supporters in Malawi. Many of them said this was a victory for democracy.
After years in which democracy appeared to be spreading and taking root across the continent, many observers now see signs of backsliding. This comes as former liberation movements see their support base eroding, and some governments look to “managed democracies” like Russia, or even to China, for inspiration.

In that context, Malawi’s annulled election may inspire democracy campaigners and activists in other countries, but it may also prompt more authoritarian governments to seek to clip the wings of independent judges and to limit judicial “meddling” in politics.-the BBC reported.
“I have been following the elections case in Malawi. Once again, this tiny Southern African country has proved to the whole world that it is governed by rule of law.’’ former Ghanaian former Republican President Dr Jerry Rawlings is quoted as having said.


He added: You may argue with me that such similar nullification has occured before in Kenya. But I challenge that the Malawi case is unprecedented.
“There were bribery allegations. The Judges stood for the truth and could not accept any money from any politician. We are told that a sum of about $20 million was offered to the Judges but they refused and decided to uphold the rule of law. If that same money was given to some Ghanaian Judges, they would sold the whole country, including selling Ghanaians abroad. But the Malawian Judges stood firm on the truth.’’ he said.


Lessons elsewhere
And what lessons will opposition parties across the continent draw from Malawi?
Many, with good reason, are now celebrating the success of their counterparts there.


Some may conclude that the route to power lies through legal challenges and sustained, and sometimes violent street protests.
But that would be premature, and perhaps even counterproductive.


According to the BBC, The bigger lesson for opposition parties – yet to be fully tested in Malawi, but already apparent from DR Congo and many other countries – is that sustained success requires difficult compromises, patient coalition-building, solid policy platforms, and a willingness to reach beyond narrow ethnic or regional strongholds.