Home Environment The Amazon rainforest is on fire 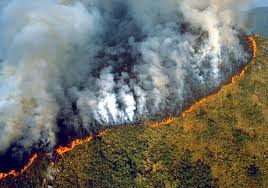 Fires are raging at a record rate in Brazil’s Amazon rainforest, and scientists warn that it could strike a devastating blow to the fight against climate change.
The fires are burning at the highest rate since the country’s space research center, the National Institute for Space Research (known by the abbreviation INPE), began tracking them in 2013, the center said Tuesday.


There have been 72,843 fires in Brazil this year, with more than half in the Amazon region, INPE said. That’s more than an 80% increase compared with the same period last year.
The Amazon is often referred to as the planet’s lungs, producing 20% of the oxygen in the Earth’s atmosphere.

It is considered vital in slowing global warming, and it is home to uncountable species of fauna and flora. Roughly half the size of the United States, it is the largest rainforest on the planet.
Dramatic images and videos on social media show giant plumes of smoke rising from the greenery and lines of fire leaving blackened waste in their wake.


The smoke has reached all the way to Sao Paulo, more than 1,700 miles away. Images from the city show the sky pitch-black in the middle of the afternoon, the sun blanketed by smoke and ash.

The European Union’s satellite program, Copernicus, released a map showing smoke from the fires spreading all along Brazil to the east Atlantic coast. The smoke has covered nearly half of the country and is even spilling over into neighboring Peru, Bolivia and Paraguay.


according to the World Wildlife Fund, and it’s the largest remaining tropical rainforest in the world. It’s home to at least 10% of the world’s biodiversity, produces 20% of the world’s oxygen and helps regulate the temperature of the whole planet.
//CNN 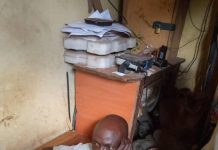 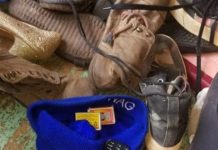