Home Business The 1.3 trillion loan to Lubowa specialized hospital is a ‘disguised... 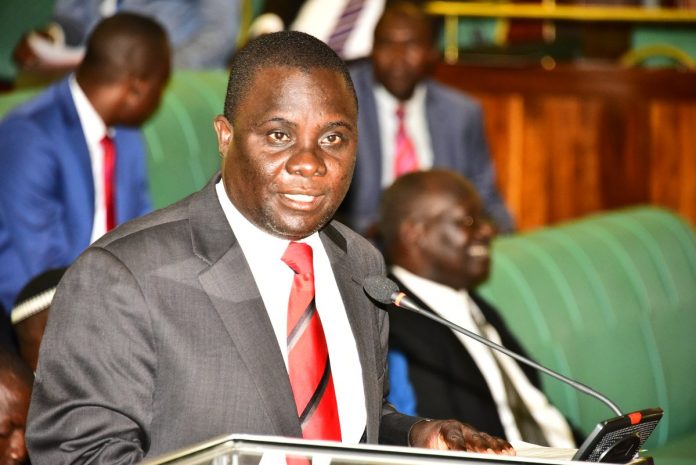 Parliament on Tuesday approved a promissory loan worth Ugx. 1.3 trillion to an Italian investor FINASI to build a specialized government hospital in Lubowa
The international hospital is intended to treat non-communicable diseases.


The proposed hospital will comprise of a 264-bed specialized Healthcare Facility with an 80-bed oncology centre, in addition to Doctors and Nurses school and accommodation.
“A report on the surveillance of disease burden in Uganda conducted by the Ministry of Health in FY 2017/2018, revealed that 7.3 per cent of all out-patient hospital visits – equivalent to 2.7 million cases, are due to NCDs,” State for Finance for Minister David Bahati told Parliament on Tuesday.
Bahati also said the hospital will build the capacity of the country to treat complex cases like organ and bone marrow transplant and it will promote medical tourism.


He also noted that the hospital will target and reduce cases of Ugandans who fly out of the country to seek medical attention abroad especially in India and South Africa.
The Chairperson of the Committee on Health, Hon. Dr. Michael Bukenya said “I got statistics from the Indian High Commission stating that from 2015 to 2016, 3200 Ugandans sought medical attention in India and over 4800 between 2016 to 2017,” he said.
Mr Bukenya told the House that about 5000 Ugandans travel to India for treatment outside the medical board.

Dr. Bukenya said that on average a person needs $25,000 to spend without the cost of travel and their caretaker.

Approval of the loan was, however, preceded by controversy as a Minority Report authored by Busongora North MP William Nzoghu, Ayivu County MP Bernard Atiku and Mukono Municipality MP Betty Nambooze raised red flags over the legality and economic viability of the loan request.
Hon. Muwanga Kivumbi said that the promissory note is a disguised loan.

Hon Muwanga Kivumbi said its un patriotic to approve the requested promissory notes not exceeding $379.71m for the construction of a specialized hospital in Lubowa. He says there are other priority areas in the health sector that must first be addressed.

Hon James Waluswaka (Bunyole West) says @MinofHealthUG should first address issues such as the 39 districts without hospitals before seeking funds for the construction of a specialized hospital in Uganda. #PlenaryUg pic.twitter.com/Nmj0I6lygx

“The construction of this hospital is $249 million but when you look at the cost financing this project in the detail it is US$116 million which makes the project very expensive because it will have to be paid back,” he said.
Hon. Florence Namayanja said that these facilities to treat NCDs should be given to the regional referral hospitals.

“Mulago hospital needs only $9.6 million to put it to the standard that we want to treat NCDs. Mulago is more central and accessible to the ordinary folk,” she said.
Speaker Rebecca Kadaga read a letter by President Museveni supporting the request to approve funds for the International Specialised Hospital .