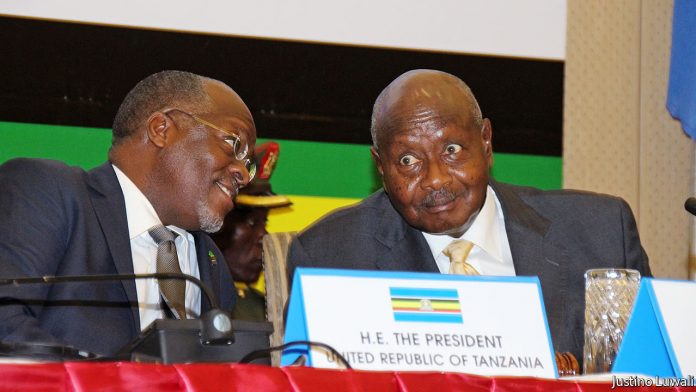 Iceland remains the most peaceful country in the world, a position it has held since 2008. It is joined at the top of the index by New Zealand, Austria, Portugal, and Denmark- according to the Global Peace Index (GPI) 2019.


Tanzania is the most peaceful country in East Africa; Uganda’s 105th place put it in the “medium” state of peace category, while Kenya and Burundi — despite rising one place each — remained in the “low” state of peace category.
Rwanda showed the most significant improvement in peace. Though it remained top of the EAC list for the third year running, Tanzania dropped two places to 54th on the 163-country index and seventh in sub-Saharan Africa.
No African country made it to the top 13 countries ranked “very high” on state of peacefulness. The top three are Iceland — for the 12th year running — New Zealand and Austria.

Rwanda’s rise by 24 places (to 79th) made it one of the five largest country improvements across sub-Saharan Africa, alongside Somalia, which was boosted by a sharp drop in internal conflicts that lifted it out of the five least peaceful countries in the world.
The 13th edition of the GPI measured the peacefulness of 163 independent states and territories.
The report, Wednesday, “measures the state of peace using three thematic domains: the level of Societal Safety and Security; the extent of Ongoing Domestic and International Conflict; and the degree of Militarisation.


The GPI covers 99.7 per cent of the world’s population, using 23 qualitative and quantitative indicators from highly respected sources, and measures the state of peace using three thematic domains: the level of Societal Safety and Security; the extent of Ongoing Domestic and International Conflict; and the degree of Militarisation.
“In summary, the 2019 GPI reveals a world in which the tensions, conflicts and crises that emerged in the past decade remain unresolved, but some progress has been made towards achieving peace.


“There have also been new tensions arising, and growing dissatisfaction with governments around the world, which has led to an increasing authoritarian response in some countries.”
Tanzania was among six countries globally whose ranking in government trust rose; the others were Zimbabwe, Cameroon, Senegal, Mozambique and Niger. Incidentally, all six countries are in sub-Saharan Africa.
According to the findings, Tanzania also registered the “largest improvement in confidence in election honesty,” whereas countries like Botswana, Spain, France, Italy, and the Netherlands recorded significant deterioration in this category.


Overall, results in sub-Saharan Africa were mixed, with 27 of the region’s 44 countries recording deteriorating rates of peacefulness.