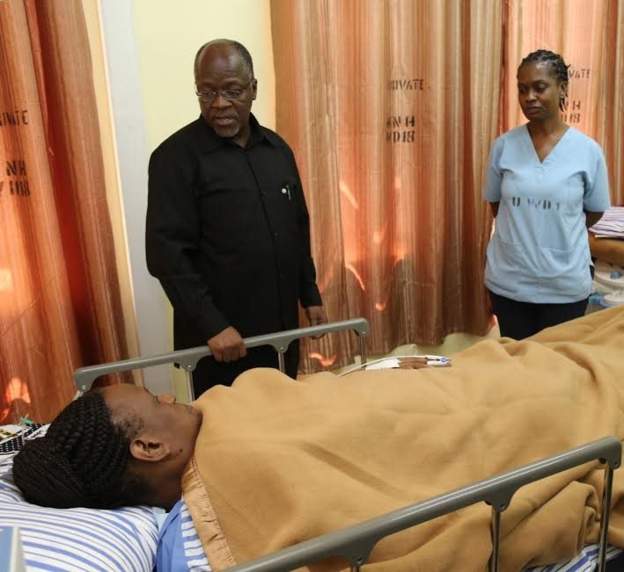 While other African leaders and their families often seek treatment in private hospitals or care overseas, Tanzania’s president is doing the reverse.

The First Lady- Janet Magufuli was admitted in  the same hospital in Dar es Salaam that President John Magufuli made a surprise visit to after he won the presidential election. Afterwards he sacked the boss of the hospital after finding patients sleeping on the floor.

The president also visited other patients while he was at the same hospital. See Pictorial 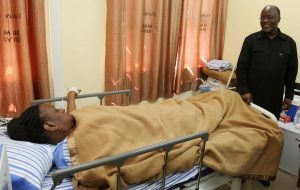 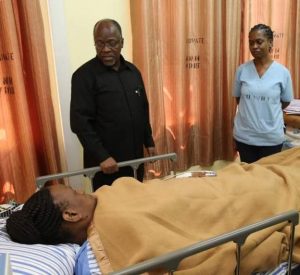