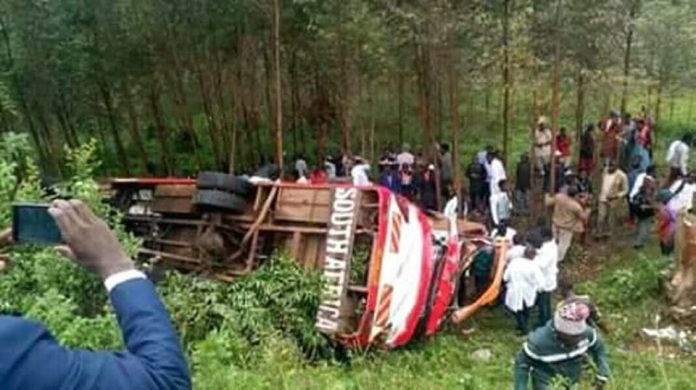 There was a serious accident involving an Isuzu bus belonging to Swift Safaris Bus Company at Kitojo in Sheema district along Kasese-Bushenyi Highway.


This was after the bus driver Registration number UAT 395C hit a road hump and lost control there after overturning.
According to SP Tumusiime Martial Greater Bushenyi PRO, the number of the injured is not yet ascertained as victims were immediately rushed by Police response teams to the to near by hospitals of Kampala international university hospital in Ishaka and Mbarara.


No death registered at the scene.
The Traffic Police is on ground coordinating the smooth traffic efforts to remove the wreckage from the scene .