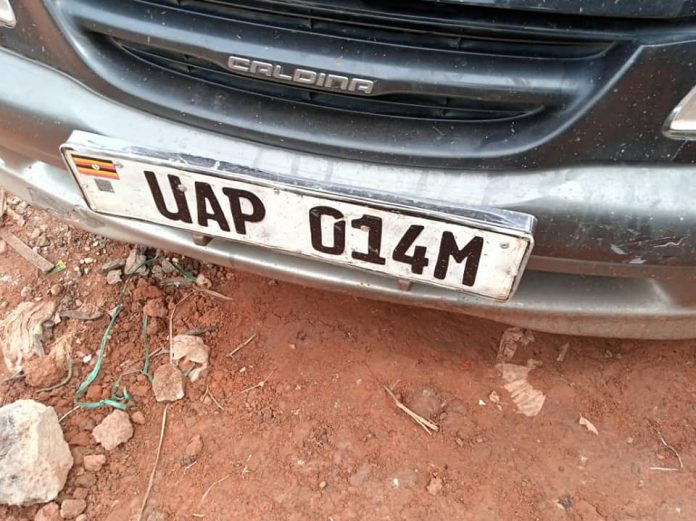 Police have arrested a suspect in several car theft cases in Kampala Metropolitan Policing Area after a hot vehicle pursuit by our officers at Lubigi on Northern Bypass.

The suspect has been identified as William Ssali alias George Byarugaba.
He has been detained at Nansana Police Station on allegations of car theft.

SP Patrick Onyango says,With the help of CCTV cameras and intelligence, the same vehicle was cited around Nansana area and it was pursued by our officers.

‘ ‘The suspects attempted to drive off, but they were intercepted and the driver was arrested and a car impounded.’’ He said


Two other car occupants escaped and hunt for them is still ongoing. The detectives took the suspect on search of the vehicle and they recovered number plate registration UAV 235M, which they use on stolen vehicles.

Another search in his house located at Kitunzi Zone 5, we recovered 30 car keys and other properties like bags, flat discs, which we suspect they stole from other vehicles.
Detectives also recovered three bail documents all related to theft of motor vehicles.