Home Business Sudhir reports the ‘bad boys’ at BoU to Museveni – ‘‘They... 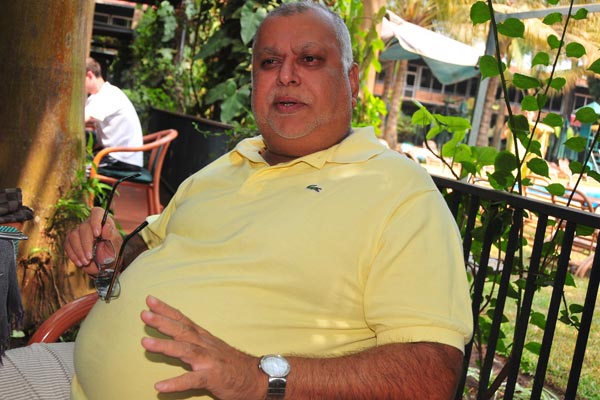 • Some Bank of Uganda staff on Sudhir’s Payroll?
• Parliament to pass a motion tomorrow to investigate Bank of Uganda
• Sudhir begs Museveni to forgive him- ‘‘I have done a lot for this country’’
By Newz Post Team
Thursday last week was no ordinary day for top management at Bank of Uganda. They must have woken up with no desire to go to work. Yes, something was going to happen.
Unaware to the Governor, Bank of Uganda (BoU), the Minister of Finance and Permanent Secretary, Ministry of Finance, Sudhir Ruparelia had secured an appointment with president Museveni. The president reportedly wanted to listen to Sudhir without the above-named officials.

Sources at BoU say some staff at the Central Bank had a few years ago identified issues at Crane Bank. They would forward these issues to top management in their periodical reports, However, sources who prefer to remain anonymous say, management would sit on these reports.
The sources claim; at one point, the junior staff stopped going to Crane Bank and left issues of the once 4th largest commercial bank to top management. We prefer not to mention names here.


A source close to once country’s richest man [ or he is still] told Newz Post that in the meeting with the president that went on for several hours, Sudhir left no stone unturned- he exposed the bad boys and girls at the Central bank.
It’s said, at least two BoU staff [ names withheld] used to get ‘free’ goodies from Sudhir / Crane Bank/ Meera Investment for no work done. Perhaps they were later to turn a blind eye on what was going on the defunct bank.
Unconfirmed sources say the benefits included: School fees for their children studying in International schools, medical bills for their children and close relatives in London, overdrafts/ extended credit facilities of up to a billion Uganda shillings among others.


Bank of Uganda staff is one of the best paid in the country. The Governor is paid Ugx. 56m monthly, plus a host of benefits. While the Heads of departments walk away with an average of Ugx. 20m monthly, plus a host of benefits and access to loans which attract less than five percent interest.
One of the BoU staff linked to Crane bank mess reportedly owned several residential houses for rent in upscale Naguru, Kungu and Bukoto. The said, staff for example, reportedly owns up to 22 units in the upscale Bukoto. These units, sources say, ‘belonged’ to Sudhir in the public eyes yet, in the actual sense, the real owner was a BoU staff.
Enter Enerst and Young


Sources say, Ernst and Young Uganda too had a role to in Crane Bank mess. When the president learnt of this, he reportedly observed: How can an International audit firm engage in such dubious deals? Adding that they may never undertake any auditing job in Uganda.
The Observer Newspaper reports that Bank of Uganda has since suspended audit firm from auditing any commercial bank, Forex Bereau, MDI etc this year [ perhaps never]. the paper reports that the decision to suspend Ernst & Young was taken after a forensic audit showed the firm’s staff had helped the bank hide critical information from other auditors and the regulators.


“This was multi-layered fraud,” said the source. “It had been organised for a long time and deliberately to defraud. And someone had to take punitive measures,”
Reports indicate the fraud at Crane Bank could have started way back when A.R Kalan was CEO of Crane Bank. Kalan sources say, had no capacity to run a bank. ‘‘The man came to Uganda to play cricket. He disappeared from his colleagues and later found himself CEO of Crane Bank, with the help of BoU official’’ a source at BoU noted.
President orders
After listening to the once richest man in East Africa and number 18 in Africa, the president promised to act.
Knowledgeable sources say, the president ordered an inquiry on Crane Bank mess. On this note, Parliament will on Tuesday pass a motion to undertake a full investigation into the role of the Central Bank in the collapse of Crane Bank.


The president, according to our sources, also ordered the Inspector General of Government to undertake an independent investigation on Crane Bank collapse. He also promised to set up another independent team to investigate BoU role in the collapse of Crane Bank.
Panic at Bank of Uganda
The Governor Tumusiime Mutebile and his deputy Prof. Kasekende who is in charge of administration, find themselves in a tight corner. How did this happen under their watch?
A knowledgeable source at BoU says, one of senior Staff Sudhir claims knew what was going on at Crane Bank, was reportedly untouchable and referred to as an iron Lady/ man [ intended]. This person was also feared in the banking sector. Her/ his word was final.


Was the Governor aware of the mess at Crane Bank and kept a blind eye? since the fellow was untouchable? Maybe Yes/ May be No, said a source at the Bank of Uganda.
The source adds that the Governor, whose fate at BoU also hangs in balance, has one option- to ask the two-staff linked to Crane Bank mess to voluntarily resign.
‘ ‘ His likely to ask one of them to resign on medical grounds and other could go for early retirement.’’ The source added.
Selling properties
A city property dealer told our reporter that one of the BoU staff linked to Crane Bank mess is in panic. A few months ago, having noticed things were turning from bad to worse, S/he quickly began to change ownership of her/his properties to little known people before selling them off- normally below market value. – True to the saying; Easy come, Easy go.

Weak laws
An industry expert says the investigation will not help much. She says, the country has a weak legal framework. Unlike in Kenya, in Uganda, there is nothing like attaching the properties of those found in the wrong or forcing them to pay for the mess. They will simply walk away and enjoy life as it has been the case in the past- the expert observed.


Sudhir Beats BoU at its games
Whoever is advising Sudhir on public relations needs a pay rise- that is the conclusion of a senior marketing and communication guru in Kampala. The marketing guru says, Sudhir who had lost the battle [ after the closure of his Crane Bank] is now a victor.


‘ ‘ He has managed to gain public sympathy. The general feeling among Ugandans is that Crane Bank would not have collapsed if Bank of Uganda was on top of her Job. Sudhir is now on top of the game- we should perhaps be talking about his second coming’’ he said.
Celebration in the private sector
As the public awaits Governor’s action and full investigation report, some leading businessmen in Kampala are all smiles after learning that the days of the iron lady/man are finally over.


One of city businessman claims that last year, the iron lady/man ordered the jubilant businessman to clear his bank loans amounting to Ugx. 150 billion instantly. His crime: The iron lady/ man questioned why the businessman had secured loans from more than five banks including Equity bank. The businessman was only saved by high office in the land.
To be continued……….

Is Stanbic Bank Uganda board a welfare board? 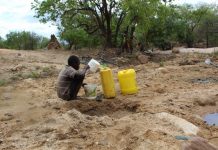 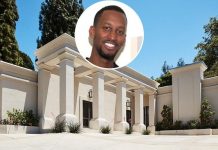