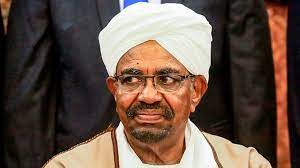 A coup attempt thwarted in Sudan Tuesday was planned by military and civilian operatives associated with former President Omar al-Bashir, the country’s prime minister said in a televised statement.

“What happened [was] an orchestrated coup by factions inside and outside the armed forces and this is an extension of the attempts by remnants since the fall of the former regime to abort the civilian democratic transition,” Prime Minister Abdalla Hamdok said.

“This attempt was preceded by extensive preparations represented by lawlessness in the cities and the exploitation of the situation in the east of the country, [to] close national roads and ports and block oil production,” Hamdok added.

The alleged coup attempt highlighted the challenges Sudan faces as it undergoes a democratic transition, more than two years after the military’s overthrow of Bashir during mounting public opposition to his three-decade rule.

A military official said an unspecified number of troops from the armored corps tried to seize military headquarters and state television.


The official also said more than three dozen troops that included high-ranking officers have been arrested in connection with Tuesday’s events.

Speaking on the state-owned television station, Sudan’s information minister and government spokesperson Hamza Balul confirmed security forces arrested a number of top military officers and political leaders. He said all of the detained individuals are Bashir supporters and are being interrogated.

Balul sought to assure Sudanese citizens that conditions are safe in the capital.

“The situation is now under full control after the arrest of the military and civilian leaders of the failed coup attempt, who were captured in Shajarh military base in Khartoum and they are now under investigation,” he said. “The concerned authorities are on search for the remaining individuals from the supporters of the former administration who participated in the failed coup attempt.”


United Nations Secretary-General António Guterres condemned the coup attempt and warned it could delay the country’s transition to democracy, according to his spokesman Stéphane Dujarric.

“Any effort to undermine Sudan’s political transition will jeopardize the hard-earned progress made on the political and economic fronts,” Dujarric said in a statement.

“The secretary-general calls on all parties to remain committed to the transition and the realization of the aspirations of the Sudanese people for an inclusive, peaceful, stable, and democratic future,” Dujarric added.

The Sudanese military ousted Bashir in April 2019. Since then, Sudan has been governed by the Sovereign Council under a precarious power-sharing agreement between military and civilian officials.

Balul says the government will continue to defend the 2019 revolution through the support of its citizens and will not allow anyone to, in his words, “spoil this journey.”

He assured the Sudanese people that the transitional government is committed to implementing all reforms enshrined in last year’s peace deal with former rebel groups.


“We in the civil government institutions assure that we will not neglect the gains of the Sudanese people,” he said.

Since Bashir’s ouster, Sudan’s government has taken steps toward normalizing relations with the West. The U.S. removed Sudan from its list of state sponsors of terrorism in December 2020.

Hamdok’s government has also undertaken a series of tough economic reforms to qualify for debt relief from the International Monetary Fund. The steps, which include a slashing of state subsidies, are seen by many Sudanese as too harsh.

Sudan is expected to hold elections in 2024.