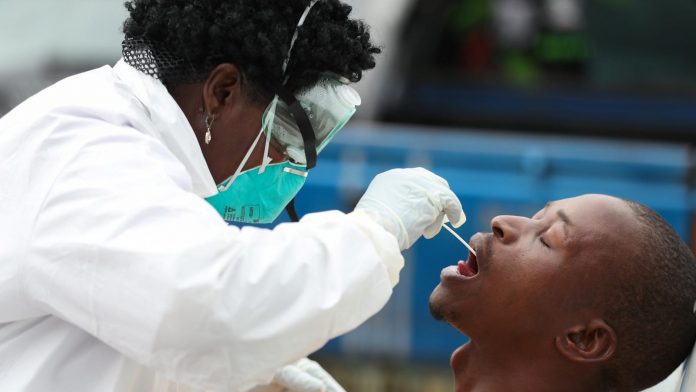 Concern has been raised over the gender factor as more men still dominate the numbers of those most affected by Covid-19.
The oddity has been difficult to explain, even among scientists.
However, the first study to look at immune response to coronavirus by sex has turned up a clue.
The findings published on Wednesday in Nature Journal reveals that men produce a weaker immune response to the virus than women.


The research suggests that men, particularly those aged above 60, may need to depend more on vaccines to protect against the infection.
It stated that overall, women’s bodies produced more T cells, which can kill virus-infected cells and stop the infection from spreading.
Men showed much weaker activation of T cells, and that lag was linked to how sick they became. The older the men, the weaker their T cell responses.

Akiko Iwasaki at Yale University School of Medicine in New Haven, Connecticut, and colleagues studied the immune responses of 98 men and women infected with SARS-CoV-2. All had mild to moderate symptoms.
The researchers noticed that male participants’ typical immune response to infection differed from that of female participants, which could explain the more severe disease often observed in men. (Nature recognizes that sex and gender are neither binary nor fixed.)


The team found that in general, men had higher levels of certain inflammation-causing proteins known as cytokines and chemokines circulating in their blood than had women. By contrast, women tended to have a stronger response from immune cells known as T cells than did men. In men, an increase in symptom severity over time was associated with a weak T-cell response; in women, it was associated with increased amounts of inflammatory cytokines.
The study proposes taking sex into account when treating people with COVID-19.