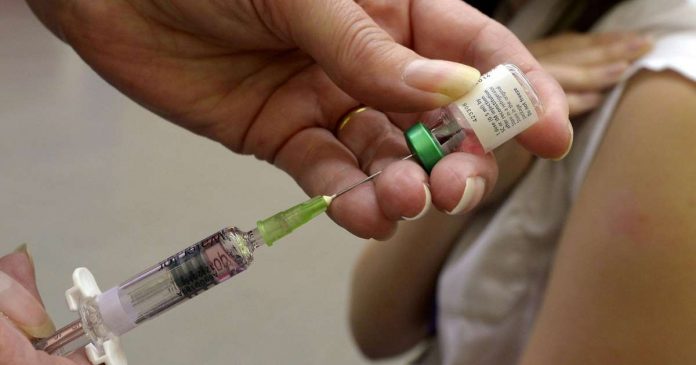 Cash strapped university students are being paid as much as £3,500 (about Ugx. 14m) to be infected with dangerous tropical diseases including typhoid, malaria and pneumonia.


The UK students are among a growing number of healthy volunteers being paid to be infected with exotic bacteria and viruses for scientific research at institutions including Oxford University and Imperial College London.
The UK is a world leader in the study of infectious diseases and the experiments – known as “challenge trials” where human guinea pigs, mainly students, are “challenged” with an infectious disease – have become a popular way to progress the development of new vaccines at a fraction of the cost of field studies.
With the risk of a global pandemic growing, experts say a better understanding of infectious illnesses and how to combat them is urgently needed.


Matthew Speight, a 27-year-old zoology student at Oxford University, earned almost £6,000 in two typhoid challenge trials organised by the Oxford Vaccine Group in 2016 and 2017. Undeterred, this week he is taking part in another trial in which he could contract malaria.
“I am a PhD student, the income I get is significantly below the minimum wage, so the financial incentive is strong,” he told The Telegraph. “The trials pay quite well and Oxford is very expensive. I used the money for my rent.”
Not all participants become ill but in both the typhoid trials Mr Speight took part in he contracted the disease. He described the experience as “the worst of my life”.
“You swallow a cup of bacteria”, said Mr Speight. “[There was] a bit of trepidation, but also a resolve. I thought, I’m here, so bring it on.”

Despite having had a trial vaccine two weeks ahead of time, the student contracted the disease. “Three or four days later I had this crazy fever. It was the height of summer, during the 2016 heatwave. My body and joints ached, I had a strong headache, and I was profusely sweating – I remember the bed being soaked, I had a lot of laundry to do that week. I wouldn’t wish that on my worst enemy.”
Typhoid, a highly contagious disease which spreads rapidly in areas with poor sanitation and dirty drinking water, affects nearly 12 million people a year and kills roughly 160,000.
Although typhoid vaccines do exist, current options do not work well in young children and provide protection for only a few years.


“In the last decade, there has been a recognition that these [trials] are a tool to deal with international challenges in health more rapidly,” said Andrew Pollard, professor of paediatric infection and immunity at Oxford University and director of the Oxford Vaccine Group.
“In a controlled and managed environment you can gain an answer about whether to proceed with a [new] vaccine.”
Over the last eight years, the Oxford study has enrolled more than 450 people, about half of them students. The vaccine developed as a result of the trial is now in the next phase of testing. It has been given to 89,000 children in Nepal, Bangladesh and Malawi and full results are expected later this year.
However, trials on healthy human volunteers have been controversial. A UK drug trial in 2006 went disastrously wrong when six healthy young men ended up in intensive care after reacting badly to an experimental medicine.
But while risk can never be entirely eradicated, scientists behind today’s challenge trials say the risks are minimal and the ethical standards watertight.


Participants are not technically paid for taking a risk but for their time and discomfort. A trial which involves a hospital stay, for instance, will pay significantly more than a study in which participants have to attend short check-up appointments.
Volunteers have extensive medical checks and are fully informed of the risks before participating. Doctors are also on hand 24 hours a day to monitor all participants and step in as required.
At the end of the trial, volunteers receive a course of antibiotics to eradicate any remaining bacteria, irrespective of whether they became unwell.
Typhoid is not the only disease volunteers are risking in the name of science. At the Liverpool School of Tropical Medicine (LSTM), around 1,250 volunteers have inhaled live pneumococcal bacteria – which can cause pneumonia – as part of a challenge trial.


Pneumonia is the leading killer of children under five worldwide, with 1.4 million dying from the preventable disease last year.
Hannah Browne, a 23-year-old medical student at Liverpool University, is currently taking part in one of the pneumococcal vaccine trials in return for £380.
“I was intrigued about rising [disease] resistance so got involved,” she told The Telegraph. “But I’m a student so there was also a strong financial incentive. Every little helps.”


She added that having the bacteria squirted up her nose “tickled a bit” but was not painful.
“I’m a bit anxious, but even if I get ill, people will be on hand to treat me,” said Mr Speight. “Most people who get malaria don’t have that option. I want to contribute to tackling diseases in any way I can. It’s rewarding, even if it can be a terrible experience.”