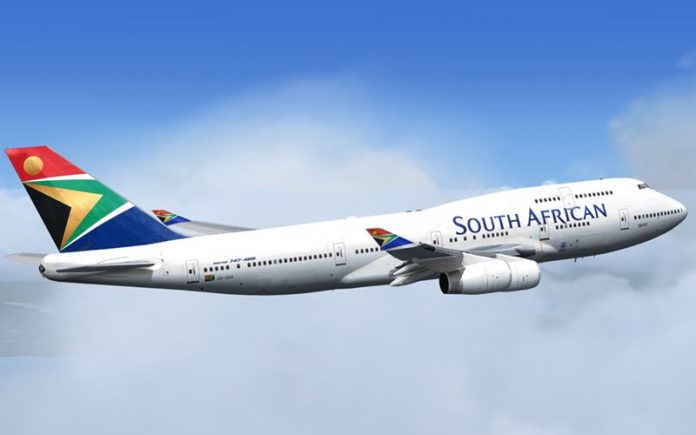 South Africa’s embattled state-owned airline is open to outside investment and in talks with a number of potential partners, President Cyril Ramaphosa said on Monday
Since 2011 South African Airways (SAA) has not made profit, the airline delayed the release of its annual earnings due to its precarious financial state.


“South African Airways is one of those state-owned enterprises that has relied on lots of state bailouts,” Ramaphosa told the FT Africa conference in London.
“We are on record as saying we are open to the participation of the private sector. As we speak now, we’re talking to a few interested parties when it comes to SAA.” Reuters reported.

SAA is cutting routes and needs $133.8 million alone to fund working capital for the remainder of its financial year through March 2020. The airline has been affected by mismanagement and corruption.
In September, the cash-strapped national airline said a government cash injection of $372 million had been approved for the 2019/20 financial year but that it still needed more money.


He added that if South Africa asked Ethiopian to buy a stake they would consider it. Ethiopia and SAA are already partners in the Star Alliance.
Tewolde said that the group had discussions with SAA’s former Chief Executive Officer Vuyani Jarana before his resignation in May.


According to The Exchange, a deal between Ethiopian airline group and SAA may involve with helping SAA chronic debt problem with banks, which are withholding further loans until the airline can present a repayment plan for $611 million of borrowings.
After SAA’s Chief Executive Officer Vuyani Jarana resignation the airline has not found his replacement.


Ethiopian airline is Africa’s biggest aviation success story, with SAA and Kenya Airways being its main rival, which is struggling with losses and relying on government support. The Ethiopian carrier has looked to invest in other airlines around the continent, including new carriers planned for Ghana and Zambia.