Home Politics Stella Nyanzi: I will continue leading the struggle, awakening the minds of... 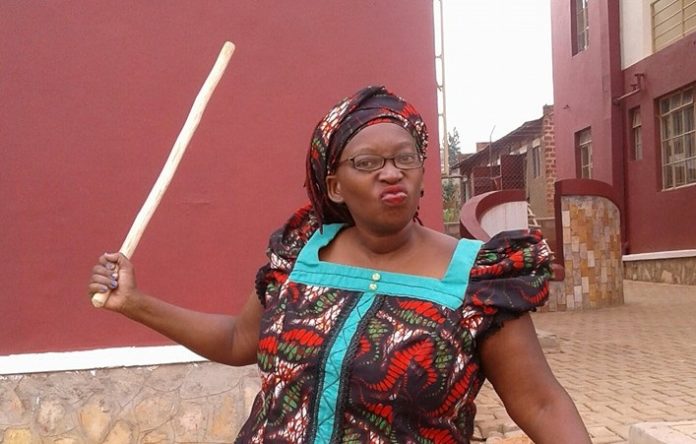 As a child, Stella Nyanzi’s parents fled from then-Ugandan President Idi Amin Dada in the 1970s, forcing her to live in Kenya as a refugee for five years. Today, she finds herself in the same predicament, seeking refuge as an adult.
“I’ve come full circle,” the opposition candidate told VOA from Kenya, where she is seeking political asylum. “I am fleeing from another dictator in Uganda, Yoweri Museveni, and I came with my teenage children.”
Violence-marred campaign
Nyanzi, a government opponent, researcher and writer, fled Uganda this month after Museveni won a sixth term as president in a violence-marred campaign that has opponents contesting the results. She ran unsuccessfully for a Parliament seat and left after her partner, David Musiri, was abducted on January 20 and allegedly tortured by government forces a week after the national elections in Uganda.


“His genitalia were squeezed. His body was brutalized. And by the time he was dumped from the detention facility that’s unmarked into a police station, he was unconscious,” Nyanzi told VOA.
Roland Ebole, a regional researcher at Amnesty International, told VOA that Musiri was among numerous opposition members who were rounded up and suffered physical harm.
“He claimed to [his] family he was tortured and held incommunicado for several days (no one is sure how many) before people found out where he had been sent for detention. He has not yet been released,” Ebole said in an email response to VOA.

The election results are being disputed by prominent opposition figures, including former presidential candidate Robert Kyagulanyi, aka , Bobi Wine.
Wine has taken the case to court, saying the results were fraudulent. Museveni rejects the charges, saying this has been the most “cheating-free election since 1962.”
In November, at least 54 people were killed protesting the arrest of Wine leading up to the election, according to Human Rights Watch, a human rights advocacy group.
According to family members who spoke to VOA, 44 members of the opposition National Unity Party have gone missing since the election.


Jailed five times in 2020
Nyanzi was imprisoned five times in 2020 for alleged crimes connected to her political activism. In previous years, she suffered a miscarriage in prison, was subjected to an involuntary mental examination at the request of state prosecutors and was prosecuted for writing a poem. For the poem, deemed vulgar, she was found guilty of “cyber harassment” for insulting a sitting president.
“Having experienced abduction. Having experienced numerous arrests without charge. Having been detained before. Having been a victim of trumped-up charges and knowing the extent to which Museveni will go to silence a dissident such as myself, to silence a dissenter such as myself, I fled,” she said.
Asuman Ssemakula, her campaign manager, was also abducted as she ran for a seat in Parliament in January, Nyanzi said. She lost a parliamentary seat as the candidate for the Forum for Democratic Change, one of the main opposition parties.


Award-winning poet
In 2020, she was awarded the Oxfam Novib/PEN International Award for Freedom of Expression.
One of the most publicized moments etched in the memory of most who have come across her work occurred in 2019 when she was being sentenced for the poem she wrote insulting the president. She shouted profanities and flashed her breasts during a televised courtroom proceeding.
Nyanzi said she does not take her freedom for granted. Despite embracing exile, for now, her intention is to continue her advocacy.
“I pity those who think that by leaving the country, I have given up the liberation struggle,” she said.
Using her digital platform, she said believes she will continue to have a loud megaphone and will challenge the status quo in her home country.


“Anything to contribute towards the conscientization and awakening of the minds of Uganda and Ugandans, I will keep doing,” she said. “I don’t have to be in Uganda to post anything on Facebook, and my most damaging work to Yoweri Museveni has been online.”
VOA