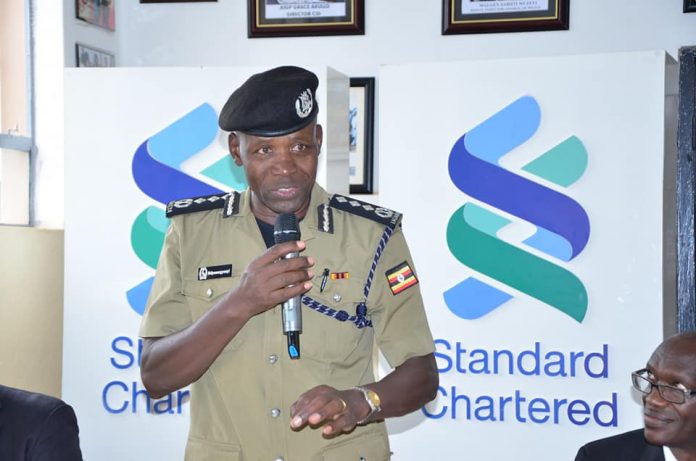 Fifty three police officers drawn from Kampala Metropolitan and CID headquarters, Kibuli have been trained in money laundering and financial crimes at CID headquarters in Kibuli.


The course is being facilitated by the Standard Chartered Bank. In his opening remarks, the deputy Director Human Resource Development SCP Felix Ndyomugyenyi, noted that money laundering and financial crimes are global problems, posing big threats to the fight against crime.

He said money laundering emanates from organized crime and that the two are always mentioned in the same breath.
“These crimes have serious consequences on the country as it undermines the integrity of the financial system, distorts competition between businesses and entrepreneurs, rewards corruption and crime, damages the integrity of the entire society, undermines democracy and the rule of the law,” he said.


He added, “Besides, it causes serious social and political costs when organized crime gets involved in it by infiltration of financial institutions, acquisition of large sectors of the economy and bribery of public officials, adding that this kind of criminality must not be allowed to thrive under the watchful eyes of law enforcement.


It must be fought decisively. All financial crimes you are investigating must have a component of money laundering since nearly all the moneys stolen or embezzled end up being laundered into other activities.”
He urged the participants to take the course seriously and put the knowledge and skills acquired into good use while investigating these cases and not to be part of the problem through corruption.