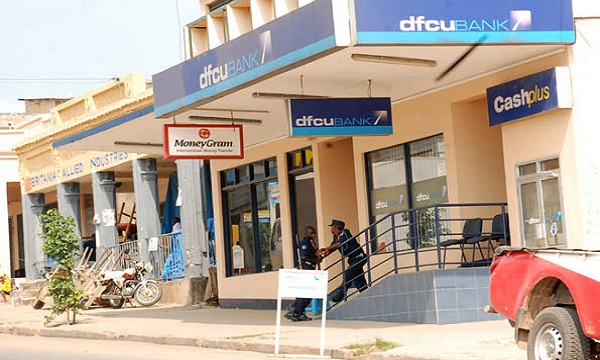 The Stanbic bank Uganda half year profit dropped 11 percent compared to the same period in 2016. The bank blamed the decline on squeezed low interest earnings.
The Bank reported growth in customer deposits by Ugx. 388 Billion, the loan portfolio grew by Ugx. 140 Billion, off-Balance sheet items by Ugx. 271 Billion posting net profit of Ugx. 95 Billion lower than what was posted over the same period last year by 11 percent.


Patrick Mweheire, the Stanbic Bank chief executive explained that the lower profit was largely brought about by a lower interest rate environment. But he said the second half held better prospects as individual and commercial borrowers take advantage of much lower rates.
Meanwhile, Dfcu bank profits for first six months 2017 increased four times compared to same period in 2016. The bank’s net profit increased to Ugx. 114 billion up from Ugx. 23.3 billion in June 2016. According to the bank’s interim consolidated financial results released on August 15, 2017.

According to the report, the bank reported a 50% surge in its customer base and growth by 1.7% in its balance sheet from Ugx. 1.8 trillion to Ugx 3.5 trillion. The loan book jumped to Ugx 1.3 trillion from Ugx. 759 billion compared to the same period in 2016. its branch network grew from 43 to 67 with 100ATMs
The bank’s deposits increased to 1.8 trillion up from Ugx. 982 billion in 2016. Assets on the other hand tripled to three trillion Uganda shillings. The surge in asset base is attributed to acquisition of Crane Bank early this year with asset base of about Ugx. 1.8 trillion.


However, the banks operating expenses almost doubled from Ugx. 48bn in the first six months of last year to Ugx. 91bn in the period from January –June-2017.
“We believe that the acquisition which placed dfcu Bank amongst the top three banks in the market in terms of total assets puts the group firmly on the path to transforming from a niche bank to a universal bank,” the notice reads in part, “Overall we expect the transaction to result in enhanced value to our shareholders through superior financial performance.”


William Sekabembe the dfcu Executive Director told journalists at Sheraton Hotel in Kampala that; We currently positioning for the future, we want to become market leaders. And part of our strategy is to transform DFCU from a niche bank focusing on SMEs to a fully universal bank that provides all services across the spectrum.


He added: We are looking to invest in technology and our digital strategy focuses on mobile and agency banking.
The bank plans to roll out more than 1,000 agents in the next six months to tap into agency banking.
Mr. Sekabembe explained that dfcu is investing more than $20m in its IT field to effectively serve its customers.