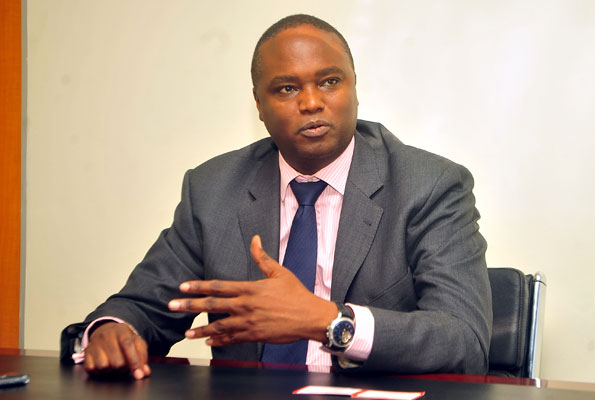 In preparation for the formal launch of Agency Banking services in Uganda, Stanbic Bank Uganda in collaboration with the Uganda Law Society hosted an Agency Banking conference to discuss the potential implications of this new financial channel to the legal fraternity, financial stakeholders and potential agents.
The conference was held following passage of the 2015 Financial Institutions Amendment Bill last year and comes shortly after signing of the Agency Banking regulations by the Governor of the Central Bank on Wednesday.


Delivering opening remarks at the conference, the Chief Executive of Stanbic Bank Patrick Mweheire said: As a bank we have been preparing for agency banking for some time now and have invested significantly training potential agents, developing the necessary infrastructure and acquiring the technology needed to run a safe and efficient service. We are confident agency banking will be a great success in Uganda given the unacceptably low penetration levels of formal financial services and the nature of the model which caters more effectively for the needs of Ugandans at the bottom of the pyramid who constitute the majority of the unbanked population.

Data from the ministry of Finance, Uganda with a population of 35 million people has just 4 million bank accounts representing just 33% of the 12 million who are bankable. This is shortfall compounded by the fact that almost 62% of Uganda’s population having no access whatsoever to financial services indicates that the country has an urgent need for new ideas and alternative banking channels.
“We expect Agent Banking to be a catalyst for financial inclusion and the deepening of the financial sector. We expect that more of the unbanked will be brought into the banking system, thus increasing the outreach of financial services, particularly in the rural areas by addressing the major barriers to banking. These include access to and affordability of banking services, as well as identification of customers”. Said the Executive Director Supervision Justine Bagyenda


Wilbrod Owor the Executive Director of the Uganda Bankers’ Association revealed that All commercial banks will roll out Agent Banking through a one shared platform supported by agents spread across the country. The UBA under the joint venture partnership with Eclectics International will design, develop, deploy and operate the inter-operable platform that connects all member banks to the agent network spread across the country.

READ: How Mokash is changing the rules of the game