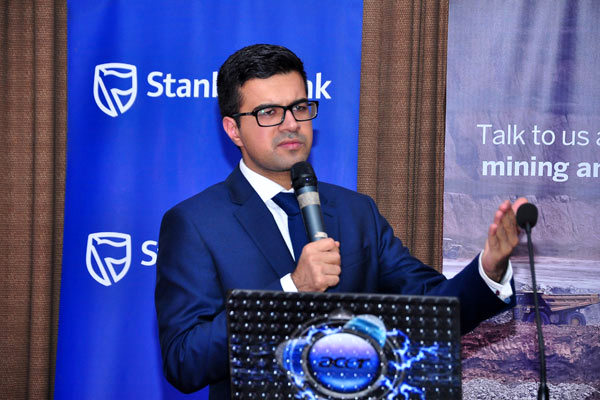 The health of Uganda’s Private Sector continues to improve on the back of a rise in output in several sectors of the economy. This is according to the Stanbic Purchasing Managers’ Index for the month of November which recorded at 55.7 above the 50.0 reading signaling improvement in business conditions.
While this latest figure declined from 56.6 in October, it still points to a healthy Private Sector being above the two-and-a-half year survey average of 53.1.


Business activity continued to expand in November, the twenty-second successive month in which growth has been recorded. Four of the five broad sectors covered by the survey saw output rise, the exception being construction.
Commenting on November’s survey findings, Jibran Qureishi, Regional Economist E.A at Stanbic Bank said, “A combination of a more stable exchange rate and improving agricultural productivity has underpinned the private sector in November and will probably continue to do so over the coming month. Even the recent decline in international oil prices is unlikely to delay the Final Investment Decision (FID) on Uganda’s commercial oil production.”


Stanbic Fixed Income Manager Benoni Okwenje said, “Rising customer demand also encouraged companies to engage in purchasing activity midway through the fourth quarter of the year. Input buying rose for the ninth consecutive month, with stocks of purchases accumulating as a result. As has been the case throughout the two-and-a-half years of data collection so far, overall input costs increased during November. Data pointed to rises in both purchase prices and staff costs. Anecdotal evidence suggested that higher fuel prices and increased costs for materials such as stationery were behind the rise in purchase prices.”


Companies responded to higher input costs by raising their output prices over the month. Charges have increased continuously since the survey began in June 2016. Construction was the only sector not to record a rise in output prices.
The PMI is a composite index, calculated as a weighted average of five individual sub-components: New Orders (30%), Output (25%), Employment (20%), Suppliers’ Delivery Times (15%) and Stocks of Purchases (10%). Readings above 50.0 signal an improvement in business conditions on the previous month, while readings below 50.0 show a deterioration.