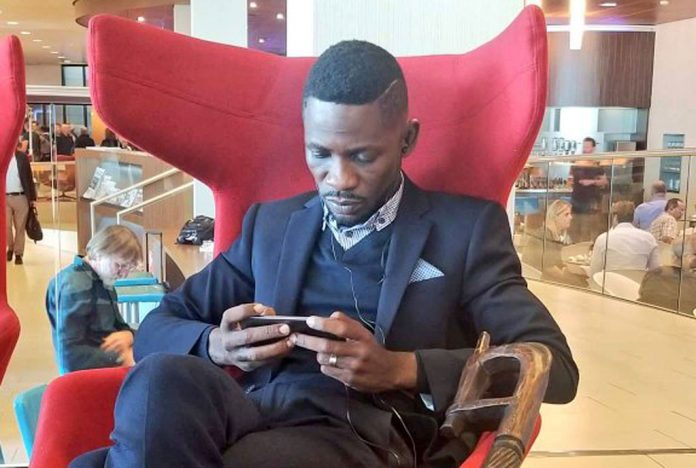 Uganda Police has rejected what it termed as ‘malicious’ story that was published by the Wall Street Journal (WSJ), claiming the Force used its technology for spying and surveilling opposition figures particularly People Power team leader Robert Kyagulanyi aka Bobi Wine.


Quoting sources within Uganda security, WSJ, reported last week that, Uganda Police hired the services of Huawei technicians to hack into Bobi wine’s WhatsApp and Skype communications
“The Huawei technicians worked for two days and helped us puncture through. The Huawei engineers, identified by name in internal police documents reviewed by The Wall Street Journal, used the spyware to penetrate Mr. Wine’s WhatsApp chat group,’’ the paper reported quoting one senior officer at the surveillance unit.
Enanga says their relationship with Huawei is purely business.

‘ ‘the UPF has an existing contract with Huawei to install CCTV cameras country wide as a measure to strengthen law and order. The first phase of the installation of CCTV cameras within the KMP areas is in advanced stages with 85% completion.’’ Uganda Police Spokersperson Fred Enanga said on Tuesday.


He added: Our relationship with Huawei is purely business and seeks to address crime and safety in our country. The cameras are already transforming modern day policing in Uganda, with facial recognition and artificial intelligence as part of policing and security. They are also helping us to be more accountable through increased visibility and better response mechanisms.


Enanga says Police continue to take her policing responsibilities very seriously and do utilise a range of operational, investigative and intelligence tools in everyday activities, but not for spying purposes as alleged.
He further said where it requires information about users, Police uses existing laws and procedure to seek such information from service providers.


The Police mouthpiece says citizens are more secure and conscious in public spaces with CCTVs..’’
‘ ‘We strongly believe the Article by the WSJ is being used to sabotage and smear the UPF, and give political mileage to a particular member of the opposition and other interests. We wonder why they would single out one leader, yet there are many other players in the political arena of Uganda including other politicians, activists, Members of Parliament, Journalists, to mention a few.’’


The police mouthpiece says ‘’ the story is pure sabotage and a trade war strategy against Huawei and its clients.
‘ ‘The Article will not put any pressure on the UPF, and we will continue to observe our Memorandum of Understanding with Huawei,’’