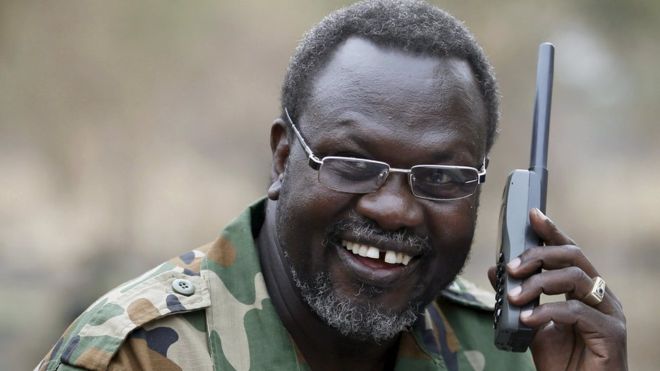 
Gen Taban’s faction welcomed the two defectors, describing the move as a “wise decision.”
“The Leadership of the SPLM/A ( IO) is profoundly grateful for the wise decision taken by the two officers to join the SPLA IO under the wise and able leadership of General Taban Deng Gai,” said SPLA IO Spokesperson, Col Dickson Gatluak Jock.

“Furthermore, SPLM IO under General Taban Deng would also like to commend the defection of Jekou’s commissioner in Mai-wut state yesterday,” Gatluak told ChimpReports on Saturday.


“Mr. James Kueth Chuol joined SPLM I O on January 12, 2018 along with 63 soldiers. The commissioner who defected from Chany Payam is currently in Pagak. I commend them for their wise decision and good steps taken towards the restoration of peace and healing of wounds in the country.”