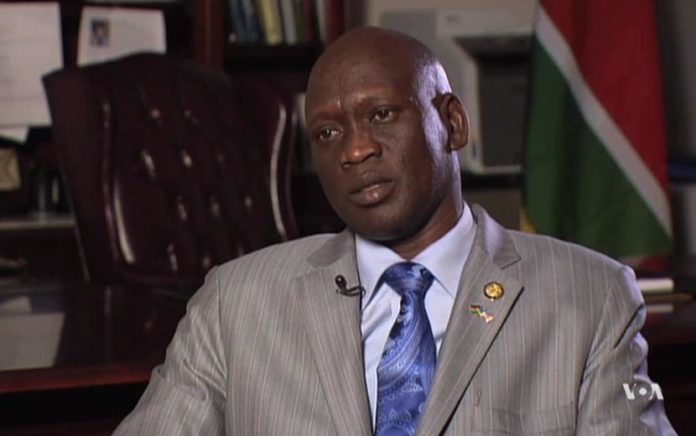 South Sudan has recalled its ambassador to the United States, a day after the American government imposed an arms embargo on the East African nation, presidential spokesman Ateny Wek Ateny said on Saturday.

The Trump administration on Friday announced arms embargo on South Sudan and urged the UN Security Council to enforce a global arms ban on the world’s youngest nation.
The U.S. also called on the African Union (AU) and the East African regional bloc, Intergovernmental Authority on Development (IGAD) to consider sanctions measures against those who undermine the peace process.


South Sudan has been embroiled in four years of conflict that has taken a devastating toll on the people, creating one of the fastest growing refugee crises in the world.


A peace deal signed in August 2015 between the rival leaders under UN pressure led to the establishment of a transitional unity government in April 2016, but was shattered by renewed fighting in July 2016.
/// Xinhua