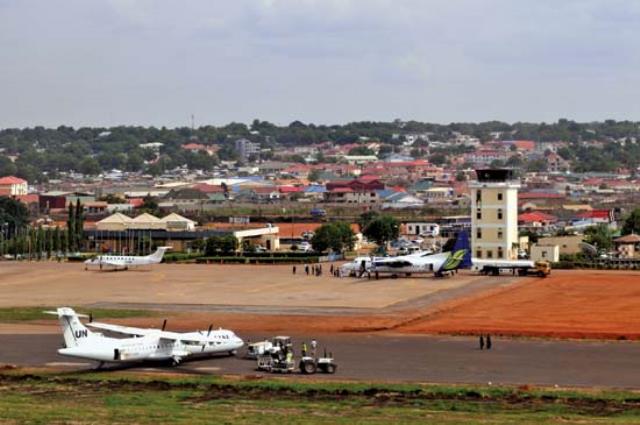 Infrastructure development projects, including roads, will be among the early benefits to South Sudan, a new entrant to the bloc, from the East African Community (EAC).
New projects for the world’s new nation were among those approved by the Joint EAC Heads of State Retreat on Infrastructure and Health Financing and Development on Thursday.


The Retreat held in Kampala on Wednesday and Thursday ahead of yesterday’s (Friday) Summit, considered and approved 17 flagship infrastructure projects, according to a communique availed to The Citizen.
The high profile event which also attracted key officials from the development partners, the African Union and regional economic communities (RECs) directed the EAC to step up renewed efforts to mobilize the needed resources for new and on-going projects.

The regional organization was also urged to mainstream innovative financing options including leveraging private sector financing to supplement available partner states budgetary allocations.
Later it was announced as the Retreat ended that the bloc would need about $ 78 billion in the next ten years to fund more than 200 infrastructure projects in different countries.


The Standard Gauge Railway (SGR), hydropower, oil and gas projects across the region alone would cost $ 62.2bn.
The communique did not say anything on the roads and martime transport. But it emerged before the Retreat that the region intended to upgrade 7,000 kilometres of roads.
EAC was also urged to enhance its capacity in infrastructure projects coordination, preparation and development at the national and regional levels “to accelerate the realization of prioritized projects”.
On health, the Heads of State approved investment priority projects for expansion of access to specialized health care and cross border health services.


They called for strengthening of the national medical laboratory and the regional rapid response mechanism to protect the region from health security threats, including pandemics and bio-terrorism.
The meeting agreed on increased surveillance to prevent prevalent diseases such as malaria, tuberculosis, HIV/Aids and non-communicable diseases as well as access to safe, efficacious and affordable medicines, vaccines and other health technologies.
The EAC Council of Ministers, which is the policy organ of the Community, was directed to mobilize resources to support implementation of the health sector investment priority projects
Source: =Citizen.