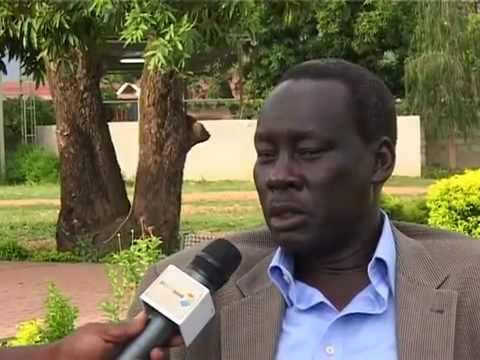 South Sudan’s minister of foreign affairs Deng Alor Kuol has broken his silence and said he was being “humiliated” by the country’s president Salva Kiir and some cabinet ministers since he started to serve in the unity government in Juba.


Deng Alor is representing the SPLM-FDs opposition group in the incumbent government led by President Kiir according to the 2015 peace deal.
SPLM-FDs is a faction made up of senior ruling party officials who were detained when the conflict began in December 2013.

Alor told a local newspaper based in the capital Juba that at certain times he was not being treated with any respect as the country’s minister of foreign affairs and international cooperation, pointing out that the government had requested some ambassadors not to give him due respect.
The top South Sudanese diplomat claimed in an interview with Al-Maugif Arabic newspaper from Addis Ababa that he was being mistreated because he disagreed with the government on most of the key issues.
” I have been experiencing disrespectful treatment almost every week during meetings of the council of ministers and the latest thing he [Kiir] has always been saying I regret because I did not retaliate against the former political detainees. The president has been saying this in some occasions and sometimes while joking,” Deng said.


“He [Kiir] told me in the office and in the church that if God ask people and asked me, I would have told him to take you. He said this after the death of Ambassador Kuol Alor,” Deng added.
“They [government] have even requested the ambassador in Addis Ababa here not to be in touch with me and that he should not provide services to me.”
The government official claimed that he is being hated by the incumbent government for allegedly lobbying secretly for sanctions against government officials. “I am being hated personally because I am the minister of foreign affairs and because I have good relations regionally, continentally and internationally,” he said.


Deng noted that he will not resign from his position in the current government despite the challenges facing him because he is representing the SPLM-FDs opposition group according to the 2015 peace agreement.
However, he said that the 2015 peace agreement is “in an intensive care unit” and that it needs to be revived. Deng accused some SPLM leaders and some leading members of other political parties which are supporting the current government of benefiting from misrule and conflict in the country.


South Sudan’s government said recently it wants the minister of foreign affairs Deng Alor Kuol to resign for allegedly lobbying secretly for targeted Western sanctions against government officials.
“We want him to resign from his position, but he does not want to do so,” Information Minister Michael Makuei Lueth said.
Minister Deng Alor is now out of the country.
///radiotamazuj