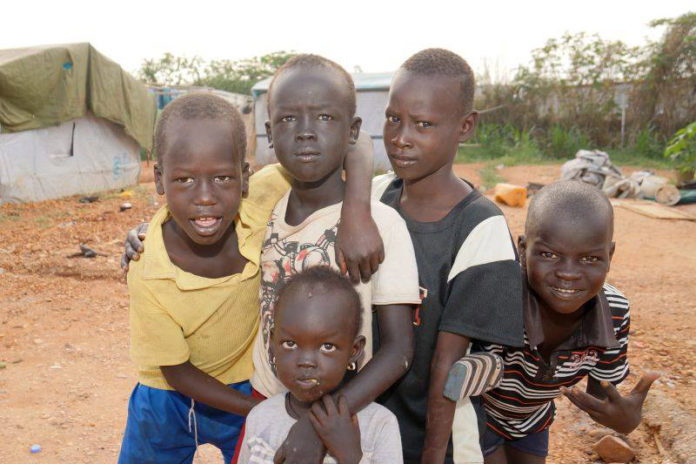 Children in South Sudan have been forced to watch their mothers being raped and killed, the UN says.
Civilians have been tortured and mutilated, and villages destroyed on an industrial scale, it said.


These are some of the horrific abuses that a team of UN human rights investigators has detailed in a report published about the conflict in South Sudan.
The report will be presented to the UN human Rights Council in Geneva, but its real purpose is to provide evidence for a proposed hybrid court to try alleged war criminals.

UN investigators say they have identified more than 40 South Sudanese military officers who may be responsible for war crimes and crimes against humanity. Of the 40 senior officials identified as potentially responsible for atrocities, five are colonels and three are state governors. But the court has still not been set up because South Sudan’s parliament has not yet approved it.


Their findings are a sharp departure from previous UN reports that documented crimes but not perpetrators.
The investigators, from the UN Commission on Human Rights in South Sudan, say their findings are based on interviews with hundreds of witnesses, satellite imagery and nearly 60,000 documents dating back to the outbreak of the war.
Their report, released on Friday, makes the case for “individual command responsibility for widespread or systematic
attacks on civilians” by senior military officers, including eight lieutenant generals, and by three state governors.


A spokesman for the government said it was willing to hold people to account for any crimes. “The government will prosecute anyone responsible for any crimes. This is a responsible government,” Mawien Makol, of the foreign affairs ministry, told Reuters.
So far, there have been very few prosecutions of South Sudanese military or government officials for crimes against civilians.
The UN report details what it calls “appalling instances of cruelty against civilians who have had their eyes gouged out, their throats slit, or been castrated”. It says such violence occurred during five major battles between government troops and rebels in 2016 and 2017.


The report contains testimony from a mother who witnessed her son being forced to rape his grandmother while his family was held hostage, and an 85-year-old woman who said she was gang-raped before watching the execution of her husband and son.
It also documents what the commission member Andrew Clapham called “a clear pattern of ethnic persecution, for the most part by government forces who should be pursued for crimes against humanity”.


The conflict has pitted the ethnic Dinka community – to which the South Sudanese president, Salva Kiir Mayardit, and most of his army commanders belong – against Nuer rebels led by Kiir’s former deputy, Riek Machar.
Whether the investigators’ evidence will result in prosecutions depends on the African Union. Under a 2015 peace deal that fell apart in 2016, the AU and South Sudan were supposed to set up a “hybrid court”, consisting of South Sudanese and other African judges, to try people accused of atrocities.


A year ago, the UN commission said the AU was making itself complicit in South Sudan’s bloodshed by failing to set up the court. It called again on Friday for the court to be established.
“The court could be set up straight away and the prosecutor could begin working on indictments,” said the commission’s chief, Yasmin Sooka. “Under the peace agreement, those indicted can no longer hold or stand for office.”
Elections are due in South Sudan this year, according to the 2015 peace pact. But other countries, including the US, are trying to get the warring sides to observe a ceasefire before any vote is held.