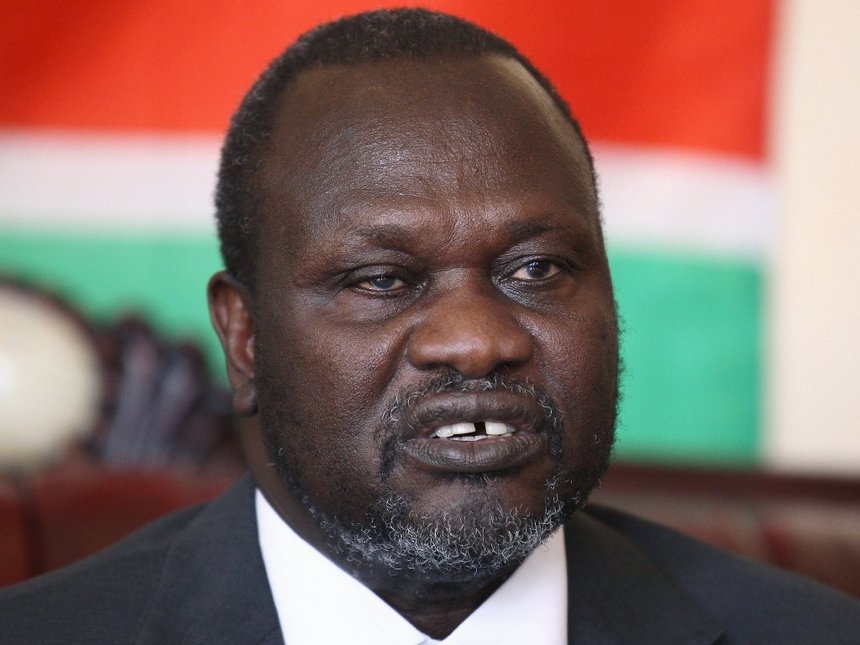 According to reliable sources Dr. Machar arrived in Kinshasa on Monday on transit to Addis Ababa, Ethiopia.

A statement issued by the SPLA In Opposition (SPLA-IO), Spokesman James Gatdet Dak said Dr. Machar had left on Wednesday to a “safe country within the region”.

The whereabouts of Riek Machar had been unknown since he left Juba on July 11 fighting, where he survived death narrowly.

Spokesman Gatdek Dak, writing on his Facebook page, said opposition fighters had “successfully relocated our leader to a neighbouring country where he will now have unhindered access to the rest of the world and the media.”

According to South Sudan Tribune Newspaper, the UN mission in Eastern DR Congo dispatched two choppers with food and medicines to South Sudan to rescue Dr. Riek Machar to from Western Equatoria area of Maridi to Kinshasa in DRC.

The paper claims Dr. Riek Machar was very sick and unable to walk. His wife is also in bad health

The Paper alleges, the evacuation exercise was authorized by New York and President Joseph Kabila. And that the exercise was coordinated by UN David Gresly from DR Congo