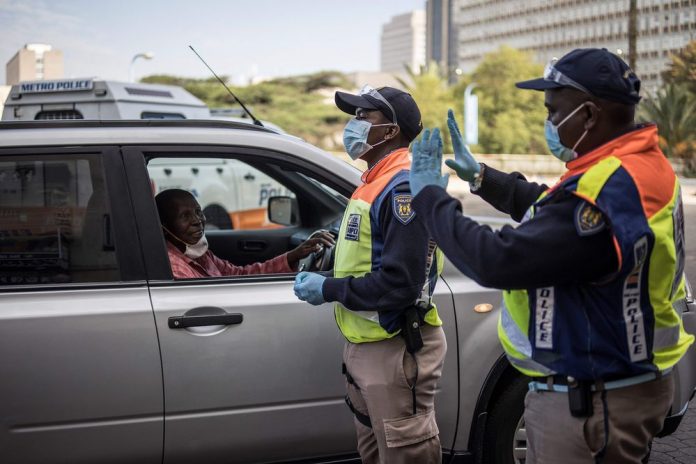 South Africa is launching an aggressive coronavirus screening program as the total number of confirmed cases tops 1,000, the largest amount of any country on the continent.
President Cyril Ramaphosa announced Monday night that at least 10,000 field workers will be going door-to-door in the next few days to conduct mass screenings and testing for the virus.


South Africa is already observing a 21-day lockdown aimed at containing the virus.
Police have arrested scores of people for violating the lockdown.
Ramaphosa said there are 1,326 confirmed cases of the virus in South Africa and three people have died.
So far, more than 5,000 people have tested positive for the coronavirus across Africa and 173 deaths reported.

Meanwhile President Museveni on Tuesday rejected the idea of testing all Ugandans for coronavirus saying it’s expensive and meaningless.


The President in an address on Tuesday evening said the cost of each test is $65 , said it would cost about $2730 million to test all Ugandans.
“Mass testing is very expensive and meaningless. I’m told each test costs $65. Ugandans are 42 million. By the time you test all of them you’ll have spent a lot of money. We can’t afford to test all Ugandans. That’s why we only test those with signs and symptoms,” President Museveni said just before announcing that 11 more people had tested positive for the virus.


The 11 new cases brings Uganda’s Covid-19 cases to 44
President Museveni on Tuesday said the 11 include members of the Watoto Children’s Choirs who had been quarantined after they returned to the country from the United Kingdom.
“Out of the 176 people tested, 11 of them tested positive and are all children of Watoto Church Choir who are still in quarantine. They picked the disease
Tanzania on Tuesday recorded its first death from coronavirus, a 49-year-old man who had underlying health issues, the health ministry said.


The East African nation has reported cases since March 16, including foreign travellers and those with whom they have had contacts. One person has so far recovered.
Meanwhile, Burundi on Tuesday confirmed its first two coronavirus cases, Health minister Thadée Ndikumana announced late Tuesday.


Dr Ndikumana said the two patients are Burundians aged 56 and 42. “Both are Burundian nationals who had travelled to Rwanda and Dubai respectively and are being hospitalised at Bumerec hospital in Bujumbura,” the health minister told a news conference.
In Kenya, Nine more people tested positive for coronavirus, bringing the total number of confirmed positive cases in Kenya to 50.