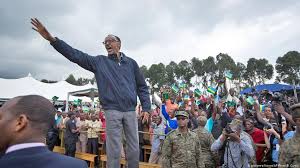 President Paul Kagame has introduced tough measure as covid-19 cases soar
Rwanda is the second least infected country in the East African region after Burundi with 720 cases and 1 death. Kenya has the highest number with more than 90,000 cases.
The country has recorded a spike in Covid-19 cases in recent weeks that has brought the total number to 6,349 cases and total of 53 fatalities, six being recorded in the last two weeks. According to the Ministry of Health’s daily report, 40-70 cases have been recorded every day for the last two weeks.


The spike is the most consistent Rwanda has recorded. The Minister of Health, Dr. Daniel Ngamije said that part of the increase in cases was as a result of imported cases especially from European and neighbouring countries that are having another wave of increased infections.
A cabinet meeting held on Monday 14th December 2020 ad chaired by president Kagame agreed on a number of measures to curb the soaring cases and fatalities

According to the press statement issued by the prime minister’s office, it was agreed that ‘ ‘ given the current trend of covid-19 cases, cabinet postponed all national evets including Umushyirano-the president will instead deliver the state of nation address In an interactive format with officials, citizens and the media o 21st December 2020’’


It was also agreed that all social gatherings including wedding ceremonies and celebrations of all kinds be suspended both in public ad private settings.
‘‘Meetings and conferences should not exceed 30 percent of venue capacity. And covid-19 tests will be required for all participants’’

Furthermore, offices of public and private institutions are required tom operate at 30 percent capacity. Other employees are advised to continue working from home on a rotation basis.
Other measures; funerals should not exceed 50 people. While attendance of vigil should not exceed 15 people.
The national football premier league games and training camps were also suspended except for national team competitions and clubs involved in international competitions.
Other measures; places of worship will be required to operate once a week at no more than 50percet of the maximum occupancy


Like other countries globally, Rwanda is looking forward to receiving the Covid-19 vaccine that is scheduled to arrive in March 2021, according to the Minster of Health. The government will prioritise people at risk such as the elderly, frontline workers and people with respiratory illness. They all account for 20 percent of the population 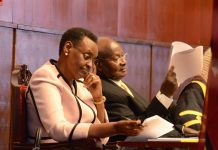