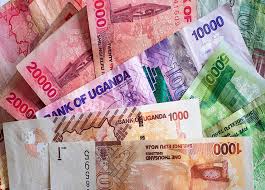 The Uganda shilling held ground and traded flat as demand remained muted. There was a slight uptick on the supply side on account of end month charity flows.

Trading was in the range of 3690/3700 at end of the trading week, near same levels at opening.

In the interbank money market, average rate for overnight funds was at 7% while one week rate was at 10%.

In the fixed income market, there was no primary auction, trading activity was confined to the secondary market.


In the regional currencies, the Kenya shilling was on the back foot with further weakening expected due to increased demand from importers, manufacturing sector and interbank.

The indictment of treasury Cabinet Secretary and other high level officials on corruption charges also undermined the currency. Trading was in the range of 103.95/104.15. In additional the yields on the Kenya Eurobonds due in 2024 traded at 5.144% down 0.4%.


The Tanzania shilling appreciated mildly to trade at 2298/2300 as corporate players remained out of the market due to end month tax obligations.

In the international currency markets, the US dollar stayed near a two week high against other major currencies as investors pared expectations for aggressive Federal Reserve interest rate cut.


The Federal Reserve is widely expected to cut rates, but there was growing views that such a move may be a one off event and not the start of a major easing cycle.

In Britain, the sterling edged down, and was on course for a 0.5% weekly loss with Boris Johnson taking full control as new Prime minister. Another major factor that kept the markets on the edge, was the lingering uncertainty about the UK’s negotiation to leave the EU.


In the coming days, the shilling is likely to trade with a firmer tone, oscillating in the 3680/3700, the levels it has traded in several weeks with no game changer on the horizon.