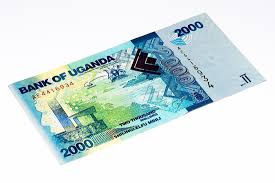 The Uganda shilling continued on its upward trajectory, trading closer to a key resistance level of 3550 as demand slumped.

In other market moving news, word was out that the Government of Uganda had applied to IMF for 900 million dollars to bolster its finances as the pandemic continued to wreck havoc on the economy.


In the regional markets, the Kenya shilling firmed slightly due to subdued demand for dollars from importers and inflows from offshore investors participating in the bond auction. Trading was in the range of 106.95/107.00

In global markets, the US dollar hit a two week high as risk appetite faded amid a sell off in stocks, following remarks by Secretary Yellen that interest rates may have to rise to prevent the US economy from overheating.


In other major currencies the Euro fell 0.4% against the dollar, while the sterling suffered a similar fate ahead of Bank of England announcement to announce a slowdown in its bond buying program.

In the coming days, the shilling is expected to trade within the current levels, with a slight chance of appreciation on anticipated decline in demand.