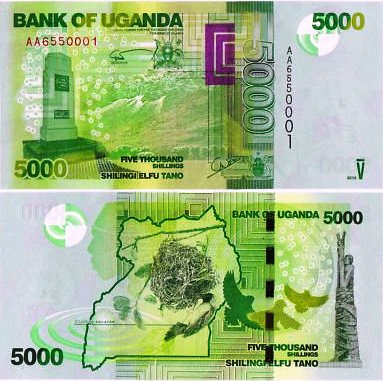 The Uganda shilling weakened mid- week on upsurge of demand from importers and interbank players.
Trading was in the range of 3710/3720. In the interbank money market, overnight funds traded at 7% while 0ne week funds traded at 10%.


In the regional currency markets, the Kenya shilling held steady supported by inflows mainly fr0m remittances amid thin dollars. Trading was in the range 100.70/90.
In the global markets, the US dollar held firm even as data showed that the US economy slowed in the fourth quarter of 2018, more than initially viewed.

Going forward, the greenback was poised for its strongest point as investors responded positively to a bounce in US treasury yields as some major markets were hit by dovish signals from their own Central Banks.
Forecast for the shilling point to a steady unit with market players staying on the fence as they await the Central Bank interest rate decision.