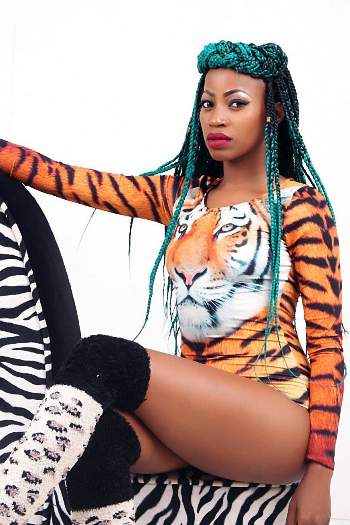 Recording artiste, dancer and actress debuting her acting career in Queen of Katwe as Shakira, Sheebah Karungi has diversified her revenue stream, officially venturing into fashion.
The former “Glitz by Nalu” fashion house ambassador couldn’t hide her excitement as she took to social media to share with her fans.


“Sis.. In 2018 We Are Opening Up Businesses, Being In Healthy Relationships And Praying More”
OutFit : @SheebahCollection. We Are Super Excited About This Line! Its Gonna Be A Combination Of Cool, Chick & Sexy” she posted.

She added: “This outfit you see right here is my very first outfit for the Sheebah collection and it’s for the sexy mamas,” she said showing off her pink two in one outfit.
Sheebah Karungi born 1986, her father is from Rwanda while her mother is from Ankole.

Sheebah Karungi was born and raised by a single mother in Kawempe, a city in Kampala, Uganda. After completing her basic education at Kawempe Muslim Primary School, she dropped out of school in senior two when she was a student of Midland High School, Kawempe.
At the age of 15, she started dancing for money after she joined a dance group called Stingers before she left the group for Obsessions Music Group in 2006.


It was at Obsessions she developed an interest in music, recording two songs before she left the group for a solo career in music. In 2014, she released her debut project Ice Cream, a 5-track EP which did well commercially and further led her to win back-to-back HiPipo Music Awards Best Female Artist in 2014 and 2015.

South African Army instructed to be ‘battle ready’ FOR CORONAVIRUS, as...