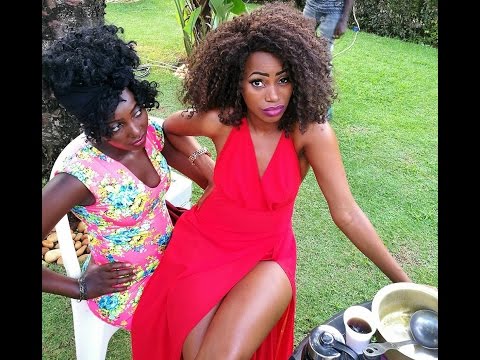 Uganda’s recording artist and dancer Sheebah Karungi has been named among five top African artists to watch out in 2020.
The list compiled by BBC’s DJ Edu Radio 1Xtra , Sheebah is named alongside Nigeria’s and global superstar, Wizkid, Joeboy gathered major attention with his love song Baby, which has had 18 million views in nine months on YouTube, and Kenya’s Brian Nadra , who has been on our radar since 2017 with the release of his debut single Leo.


Others are: Democratic Republic of Congo’s Innoss’B. Innoss’B brings a modern and youthful sound to his music. With his unique style and dance moves, the 22-year-old is dancing to the beat of his own drum.


With a successful career in her home country Uganda, Sheebah’s music is now crossing boundaries.
With a vibrant voice, Sheebah is an artist on a mission. From collaborating with other African artists to dance, to her fashion style, she’s using her talent to take Ugandan music to the world.


She is a bit like Superwoman. In her daily life, she comes across as just a normal young woman, and that’s why she connects with her fans but when she is on stage, she transforms into a Superstar – very sexy and vibrant.
In an interview with BBC’s News Day Allan Kasujja, last month, Sheebah revealed that she wants to be an African or global superstar.


‘ ‘ My dream is not to be Ugandan or East African artists. I want to be superstar Africa then worldwide’’ she said.
‘‘it’s gone take a while and hard work, but that’s my vision’’ she added.
Asked where she is now in this journey, she said


‘‘I wouldn’t give myself position, but looking at where I came from and where am heading, I think am good to go’’
‘’ the journey is beautiful and am trusting in the process’’ she remarked.
Last year, the singer told The Observer that she is single ‘‘I don’t see any man in this country who can impress me’’