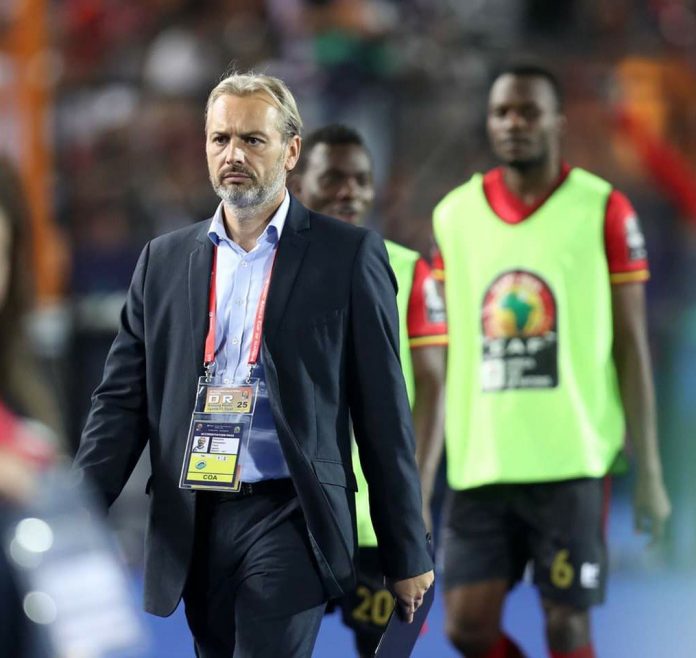 
Desabre terminated his contract with the Uganda Cranes on Sunday. The Frenchman signed a two-year contract in December 2017 taking over from Mulitin ‘Micho’ Sredojevic who resigned because of salary arrears. He joined Orlando Pirates in South Africa
After guiding Uganda to the 2019 Africa Cup of Nations, Desabre has made a name for himself as a reputable manager in the African football landscape and as a result, has been linked to some of the top jobs on the continent.

This will become the Frenchman’s second job in Egypt after a short spell with Ismaily in 2017, where he took charge of the club in 18 games.

During his time at the helm of the Ismailia-based club, Desabre won 13 games, drew four, while losing only once, which came against Al Ahly, who eventually were crowned league champions.


He then left the Egyptian club to coach Uganda, who he led to the round of 16 of the 2019 AFCON, before losing to African Powerhouse Senegal.
Desabre is credited for turning the Uganda National team into an attractive outfit yet again – to challenge the so-called African giants , the likes of Egypt, Senegal, Ghana, DRC etc.

I thank my players, staff, collaborators, government and supporters for the investment and support on the Ugandan football development road. I wish you the best for the future. I will always be an adopted Ugandan. Sebastien Desabre