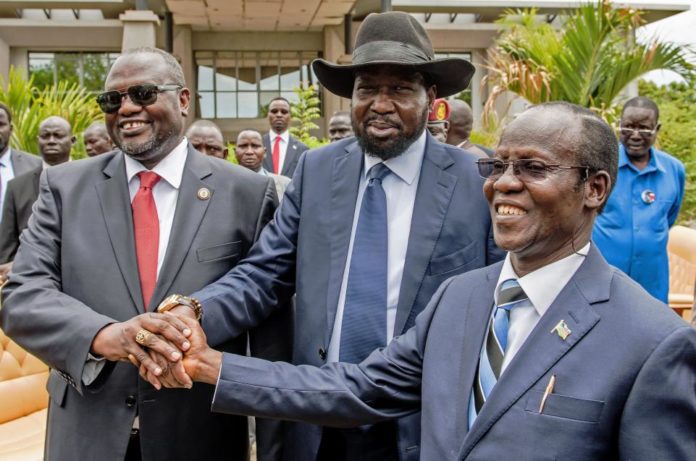 South Sudan President Salva Kiir has warned foreign envoys and media in the country against publishing negative reports about South Sudan.The President said the reportage was hurting and delaying the restoration of peace and stability in the war-torn nation.


“Foreign officials and media houses have often focused on the suffering in the country rather than the initiatives being taken to address the obstacles to peace,” said President Kiir in Juba.
He added that stories by some online media were stirring up hate.


“The people who are with us and living very peacefully are the ones sending very negative messages outside that there is no security in Juba,” Mr Kiir said.
“I want to assure our friends, the ambassadors of different countries that are based in Juba, to send this message back to their countries that the people should not worry about their staff in Juba” he said.


President Kiir urged South Sudanese to commit to the course of peace. Warring parties last month signed a ceasefire agreement in the latest attempt to end a four-year civil war and allow humanitarian workers access to civilians caught in the fighting. But at least five violations have been reported.

Bobi Wine Vs Bebe Cool Bobi is a ‘people’s hero,...