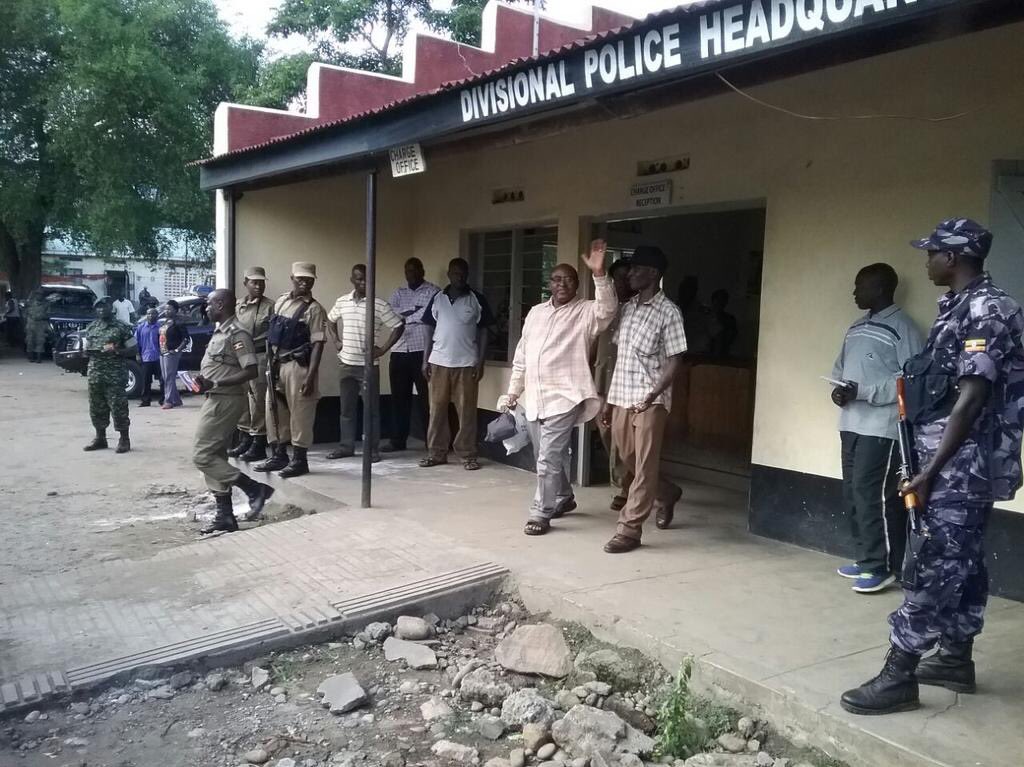 Omusinga wa Rwenzururu Charles Wesley Mumbere has been arrested in joint operation by UPDF and Uganda Police.
The King  was picked from his Buhikira Royal Palace in Kasese town and airlifted to Kampala following fresh clashes in  Rwenzori region.

Charles Wesley Mumbere arrest comes just hours after police said at least 55 people have been killed in fierce fighting that erupted in western Uganda between security forces and a separatist militia.
Police spokesman Andrew Felix Kaweesi said 14 police officers and 41 militants had died in the clashes in the town of Kasese on Saturday, when fighters linked to the royal guard of the Rwenzururu kingdom attacked patrolling security forces.

Addressing the press on Sunday morning, Kaweesi revealed that the attackers were hiding In the palace.

According to Mr. Kaweesi, the group leading the attacks in Kasese  is fighting to create a Yiira Republic. – Kaweesi

He added: The attackers used IED grenades, guns, and spears to attack security personnel . One police vehicle was burnt at a police post during the attack.

“Yesterday a joint Uganda police and UPDF operation, patrolling in Kasese town came under attack by Royal Guards of the kingdom. The attackers threw an improvised grenade which exploded and injured one soldier. Security forces reacted and shot in self-defence, killing four attackers,” said Kaweesi.
“That incident set of an explosion in all local sub-counties. Fighting continued from morning to late evening.”
Kaweesi said the attackers — not all of whom were royal guards — had guns, spears and improvised explosive devices.