Home Politics Rwanda to replace all its passports with e-passports 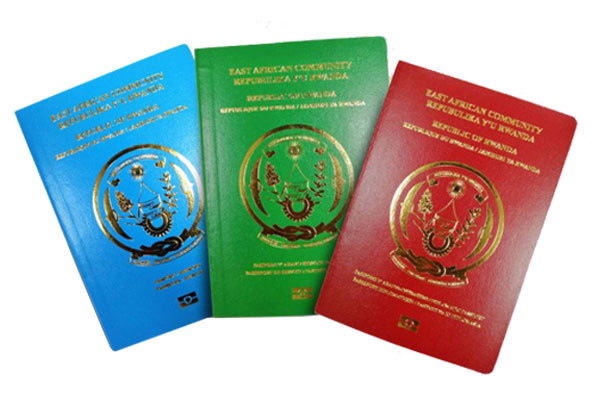 Rwanda’s immigration department on Thursday announced it will replace all passports with the East Africa e-passports.
“All passports issued before June 27, 2019, will be phased out, and replaced by the Rwanda East African electronic passport after June 27, 2021,” the Directorate General of Immigration and Emigration said in a statement, meaning it will nullify all its single-nation passports.


Holders of the Rwandan passport were given a two-year grace period to replace their passports with East Africa e-passports, when the country begun issuing the East Africa e-passport in line with the country’s commitment to promote regional integration as envisioned by East African Community (EAC) partner states from June 2019.
The statement also urged the public not to wait until the expiry date to apply for new passports, adding that applicants are required to apply for the new passports through the online platform Irembo, which enables the public to access government services of Rwanda.

The e-passport, which is also used in other EAC partner countries including Uganda, Kenya and Tanzania, grants its holders access to more countries without stringent visa requirements, according to the statement.
EAC heads of state launched the East Africa e-passport and directed the commencement of its issuance during the 17th ordinary summit of the EAC heads of state in March 2016 in Arusha, Tanzania.
XINHUA

ANNOUNCEMENT: @Rwandamigration wishes to remind all Rwandans that old Rwandan passports issued before 27/06/2019 shall be phased out with effect from 28/06/2021.#RwOT pic.twitter.com/RjppnIQfMT