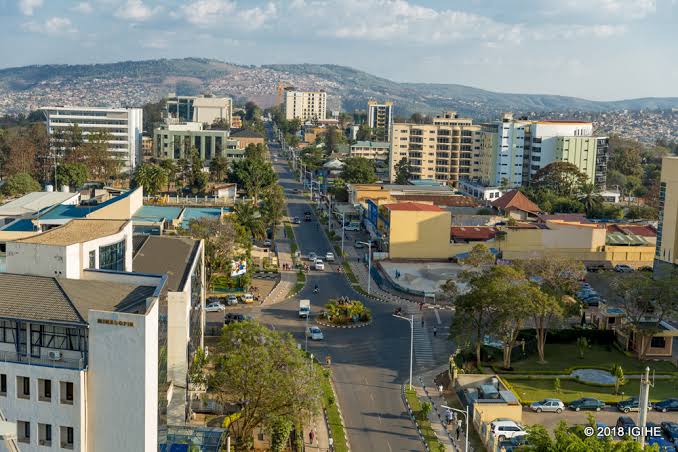 
“Economic activity outpaced expectations in the first half of 2019, with real GDP growing by 10.3 percent, based on a pronounced increase in construction and services activity. The uptick in construction reflects both public infrastructure projects and private investment.’’ Said Laure Redifer, International Monetary Fund (IMF) staff team
The IMF says, Rwanda growth is projected to remain strong, at around 8 percent, over the next 2-3 years.

Inflation picked up in recent months, as expected, partly reflecting stronger domestic demand. This was supported by the decision of the Monetary Policy Committee (MPC) of the National Bank of Rwanda (BNR) to lower interest rates in May.
Inflation came back within the central bank’s targeted band in August and is forecast to continue on an upward trend towards the target midpoint of 5 percent. Thus, in its August meeting, the MPC chose to leave its policy rate unchanged.


“The FY2018/19 fiscal deficit was higher than expected, due to the timing of budget support disbursements, as well as accelerated execution of externally financed projects. The current account deficit widened, as expected, reflecting stronger demand and more capital goods imports that are needed for construction. At the same time, prices for traditional exports dropped, largely offsetting increases in the volume of exports, particularly within the East African Community region.


Performance in implementation of Rwanda’s program with the IMF has remained satisfactory, with almost all program targets met. This new program, supported by the IMF’s Policy Coordination Instrument (PCI), was approved by the IMF Executive Board in June 2019.
The program aims to support implementation of the National Strategy for Transformation (NST) via four main pillars: (i) creating budget space for NST implementation while preserving fiscal and debt sustainability; (ii) improving fiscal transparency, including the identification and management of potential government liabilities (“fiscal risks”); (iii) regaining momentum on domestic revenue mobilization; and (iv) supporting implementation of the BNR’s forward-looking monetary policy framework that uses interest rates to control policy impulses.


“Looking forward, policy discussions focused largely on how the government budget should accommodate the size and pace of additional spending on NST investments in a wide array of sectors, including education, health, and infrastructure. Better tracking of public sector assets and liabilities and associated risks should provide more space for priority spending, as should ongoing reforms to maximize collection of domestic revenues. The use of technology, schemes to attract private investment via de-risking, and strategic investment should serve to leverage public resources for greater impact. The BNR continues to strengthen communication around its inflation forecasts and the rationale for its policy decisions. ‘’ Laure Redifer noted.