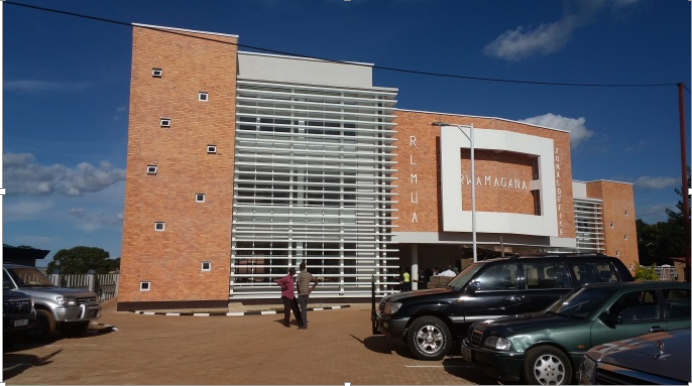 Imagine every square meter of Rwanda from where you are standing now, to a farm in the remotest Bweyeye village in Rusizi district or the Iwawa Island inside Lake Kivu registered in the servers located in the ministry of environment in Kigali.


The same information will from now on be available in similar servers in Rwamagana, Eastern province which makes it impossible for a land title to disappear.

On March 26th, the Rwanda Land Management and Use Authority (RLMUA) launched a new building which will serve as office of the Registrar of Land Titles for the Eastern region, a data mirroring center and a national training center for land administration services.


This three floor building located at Rwamagana district was built with funds from the UK Department for International Development (DFID) and the United Kingdom of Netherlands at a tune of Rwf 1.2billion, equipment not inclusive.

This becomes a permanent solution against the loss of land titles which has been delaying service delivery and causing misunderstanding between clients and land administrators.


“The new building will provide a complete solution for land data storage and archiving, data security, ample space for training land officers and a better working environment for the staff in the zonal office,” said RLMUA Director General Esperance Mukamana.

All components of the building are vital in land management, but there is a unique compartment, one of its kind in Rwanda; the data mirroring center.

The center will host backup servers that are designed to replicate (mirror) in real time the land data base which is hosted in servers at the national data center and reflect it to an offsite data mirroring center in Rwamagana.


“It provides a safe data disaster recovery option in case of systems failure to ensure an uninterrupted business continuity of land administration services,” Mukamana said at the launch of the facility, March 26th.

“With this new building we have a more secure environment for land data and a cost effective fit for purpose training center; which will empower land officers to deliver sustainable land services to the people of Rwanda,” said Sarah Metcalf head of DFID Rwanda.


Metcalf congratulated RLMUA “for achieving this key milestone” and pledging continued support to the country in building build its capacity to deliver efficient land administration services.

The governor of Eastern Province Fred Mufulukye requested land officers and all civil servants that will be hosted in the three floor building to deliver good services to the community.


“Kindly give decent services in this decent office. Let people appreciate not only the house, but also the service being offered inside it,” Mufulukye said.

The launched facility is one of many milestones achieved by RLMUA and partners who financed the Land Tenure Regularisation Programme.


The latter helped to demarcate and register 11.4 million parcels; out of which 8 million titles have been issued.

It also helped to build the capacity of land institutions in the country, thus enabling them to provide sustainable land administration services.


The RLMUA Director General thanked DFID and The Dutch Embassy for funding this facility.

She further expressed gratitude for the support of the two organizations, the European Union and Sweden to the Land Tenure Regularisation Programme.