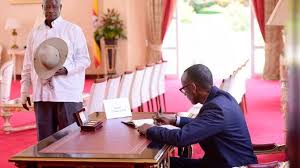 
Museveni was in Kabale district [borders Rwanda’s Gicumbi district and location for Gatuna border] to sensitize the wananchi on wealth and job creation campaign,
“Recently we met the Rwandan leader in Angola and we discussed about the border issue. Leave it to us. Talks shall continue until the matter is completely resolved. It does not make sense to keep talking on radios but what is important is to ensure that the border issue is resolved,” he said

He added: “The issue took me to Angola to meet President Paul Kagame and other leaders and I will not reveal what we discussed.”


However, President Museveni’s optimistic message is complete in contrast to that of his Trade and Industry Minister Amelia Kyambadde who told Ugandan business community last week that they should forget the Rwandan market.
Angola and DR Congo leaders are mediating the conflict, which many observers doubt will succeed. 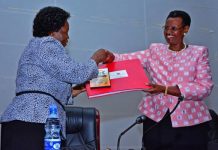