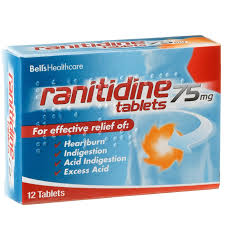 The National Drug Authority (NDA), has warned the public against using Ranitidine, a drug used for treating ulcers and heartburn, saying it is not safe for humans.

NDA advised all those using the drug to contact their physicians for guidance on alternative treatment options.
NDA is working with all relevant stakeholders to ascertain the levels of NDMA in the Ranitidine on the market and shall take appropriate action based on their findings.
On September 13, 2019, the FDA announced that preliminary tests found low levels of N-nitrosodimethylamine (NDMA) in ranitidine, a heartburn medication used by millions of Americans. This week, the drug companies Novartis (through its generic division, Sandoz) and Apotex announced that they were recalling all of their generic ranitidine products sold in the US.


These announcements came after a Connecticut-based online pharmacy informed the FDA that it had detected NDMA in multiple ranitidine products under certain test conditions.

Update, October 1, 2019: Major drugstore chains including CVS and Walgreens are pulling Zantac and other generic versions of the heartburn drug ranitidine from their shelves.