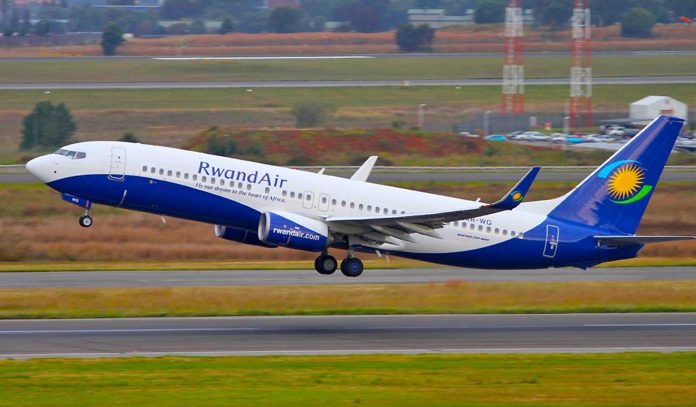 Rwanda is in the process of selling shares in the national carrier RwandAir to Qatar Airways.
RwandAir launched in April 2003, operates domestic and international services to East Africa, Central Africa, West Africa, Southern Africa, Europe the Middle East and Asia, from its main base at Kigali International Airport in Kigali


The move by Qatar to buy shares in RwandAir could enable it to solidify its presence in the African market given its current woes with its Gulf neighbours.
Qatar was banned from flying over neighbouring Saudi Arabia, the United Arab Emirates, and Bahrain since mid-2017 due to a dispute between it and the Gulf states.

They were key markets for the airline and so buying a stake in RwandAir will support its expansion into Africa as an alternative market.
The deal is at an advanced stage, with institutions from both carriers fast-tracking all the necessary processes to conclude it.


Although it is still making losses, RwandAir has been expanding over the past decade, due to financial injections from the government, many of which are from external loans like the Eurobond.
RwandAir is looking forward to Qatar handling maintenance and other technical aspects of its operations, which have been weighing down the carrier.


President Paul Kagame has in the past said that the country was open to privatising RwandAir at the right time and if it made business sense.
In April, the Emir of Qatar Sheikh Tamim bin Hamad Al Thani was in Kigali on a three-day state visit and the two leaders held bilateral talks. They also signed an agreement to bolster aviation investments and co-operation, with Qatar promising to become a major investor in Rwanda’s new Bugesera Airport.


Earlier In February, the Rwandan parliament approved a bilateral investment treaty between Rwanda and Qatar, which was signed in 2018, paving the way for future investment co-operation between the two countries.
///TheEastAfrican