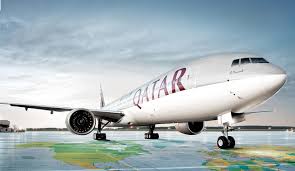 Qatar Airways has announced fare offers for its customers in a global promotion to celebrate 20 years of operation.
The airline, which is a member of the Oneworld Airline Alliance said the deals are available in economy and business classes for the next 12 months.


“We are delighted to be launching this global promotion in celebration of our 20th anniversary.
“This is a very special year of giving back to our loyal passengers, and so we are pleased to offer fantastic fares across our economy and business class cabins, to ensure they too can join us in celebrating 20 successful years of going places together,” said Qatar Airways chief executive Ehab Amin.
Between November 1-10, the airline will be offering two business class tickets for the price of one, and three economy class tickets for a price of two.

In addition, it is offering 20 customers a chance to win a privilege club gold membership and discounts of up to 50 per cent on redemption tickets to select destinations to privilege club members across its global network.
Mr Amin said passengers can take advantage of these offers as they plan their next trips to more than 150 destinations.


The State of Qatar national carrier, which has a fleet of more than 200 aircraft this year added Auckland, New Zealand; Dublin Ireland), Nice (France) and Prague in the Czech Republic to its list of destinations.
In 2018, according to the management, the airline plans to add Canberra, Australia St. Petersburg, Russia, and Cardiff, the UK among its travel destinations.
Source: AFP