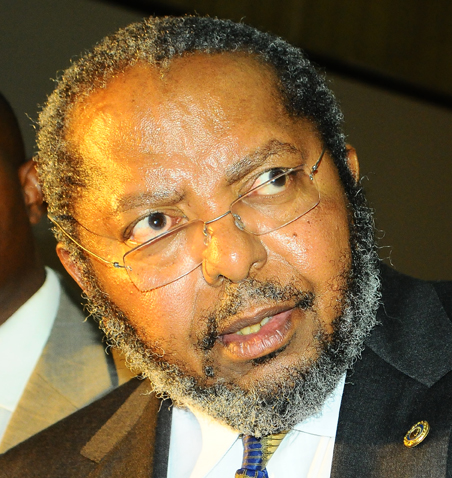 • Uganda’s debt carrying capacity raised from medium to strong
• Current account deficit expected to increase during FY2019/20, driven by higher imports and income payments
• Year-on-year average growth in credit to Real Estate remained below average reflecting increased risk aversion by banks towards the sector
• NPLs in the Mining and Agriculture remain above industry average at 15.7 and 8.7 percent


Specifically, foreign currency denominated loans grew by 3.5 percent, an improvement from the contraction of minus 0.9 percent recorded in the three months to January 2019 and 2.4 percent growth in the quarter to April 2018. Developments in private sector credit

Non-Performing Loans
Credit growth remains positive across all sectors supported by lower NPLs and a pick-up in economic activity.
Trade and Manufacturing registered the strongest growth averaging 16.1 percent and 22.4 percent in the quarter to April 2019 up from 10.7 and 13.6 percent in the previous quarter.
Year-on-year average growth in credit to the Building, Mortgage, and Construction & Real Estate remained below average reflecting increased risk aversion by banks towards the sector.
The ratio of non-performing loans (NPLs) as a percentage of total loans, a measure of asset quality declined to 3.8 percent in the quarter to March 2019 compared to 5.3 percent recorded in the quarter to March 2018..
The NPLs in the Mining & Quarrying, and Agriculture remained significantly above industry average at 15.7 and 8.7 percent, respectively.


Public Debt
Although Uganda remains at low risk of debt distress, significant vulnerabilities loom large. Uganda’s debt carrying capacity has been raised to strong from medium.
The total public debt is projected to rise from 42.2 percent to 45.7 percent of GDP in nominal terms in FY 2019/20.
As the government cuts back on the deficit due to completion of flagship infrastructural projects, the rate of debt accumulation is expected to reduce in the medium term.
Even though debt burden indicators remain below their indicative thresholds, they have increased compared to the previous Debt Sustainability Analysis.


The assessment rests on four assumptions: (i) infrastructure investments yield the envisaged growth dividend; (ii) revenue collection improves by ½ percent of GDP per year over the next five years; (iii) oil exports commence in 2023; and (iv) infrastructure investment is reduced once the current projects are completed. Uncertainties around spending pressures, contingent liabilities, or a growth shock could push public debt above the debt ceiling in the Charter for Fiscal Responsibility of 50 percent of GDP in net present value terms.
Balance of Payments and Exchange rates


The trade balance, which continues to be a major component of the current account, improved by US$ 53 million to a deficit of US$ 651 million during the quarter ended April 2019, supported by an increase in export earnings that was sizeable enough to offset the increase in imports during the period.
Increase in net outflows of portfolio investment by US$ 31 million to US$ 62.2 million coupled with a decrease in net inflows of other investments by US$ 151.7 million to US$ 240.4 million in quarter ended April 2019, contributed to the narrowing of the surplus on the financial account during the period.
Decline in other investment inflows was driven by lower project support loan disbursements and domestic banks’ repayments of foreign loan liabilities. In contrast, net inflows of foreign direct investment, on account of increased equity investment and loan disbursements by non-residents, increased by US$ 77 million to US$ 502 million during the quarter ended April 2019.


Exchange Rate Developments
The Uganda Shilling remained largely stable over the quarter ended May 2019 despite some volatility recorded in April 2019. On quarterly basis, the Shilling weakened by 1.1 percent against the US Dollar, to an average midrate of Shs 3,736.3/US$ in the three months to May 2019, compared to the strengthening by 2 percent observed in the quarter ended January 2019.
The outlook is for a relatively stable exchange rate in the short-term supported by subdued dollar demand due to mid-month VAT and end-year corporate tax obligations and outstanding dividend payments. However in the short to medium term, the exchange rate is likely to depreciate faster on account of strong domestic demand and uncertainty in the global financial markets


Going forward, the economy is expected to maintain the growth momentum. Indeed, the economy is projected to grow at 6.3 percent in FY 2019/20 and stabilise between 6.5 and 7 percent in the medium term.
Despite the anticipated recovery in the economic growth in the FY 2019/20, the outlook is subject to uncertainty including; downside risks to global growth emanating from escalation of international trade disputes and uncertainty around the Brexit process that could spill over to the domestic economy.
On the domestic side; occurrence of adverse weather conditions and the increasing NPL specifically to the agriculture sector remain a risk to economic growth, and a continuation of low government absorption could lower the fiscal impulse and its expected productivity gains on the economy


Inflation Outlook
The inflation outlook remained relatively unchanged from the April 2019 forecast round.
The risks to the inflation forecast are relatively balanced. On the upside, there is a possibility of a more depreciated exchange rate given the possibility of heightened volatility in the global financial markets resulting from further escalation of trade disputes and uncertainty surrounding Brexit. This could accentuate flight to safety by investors from emerging markets leading to pressure on emerging markets currencies including the Uganda Shilling.