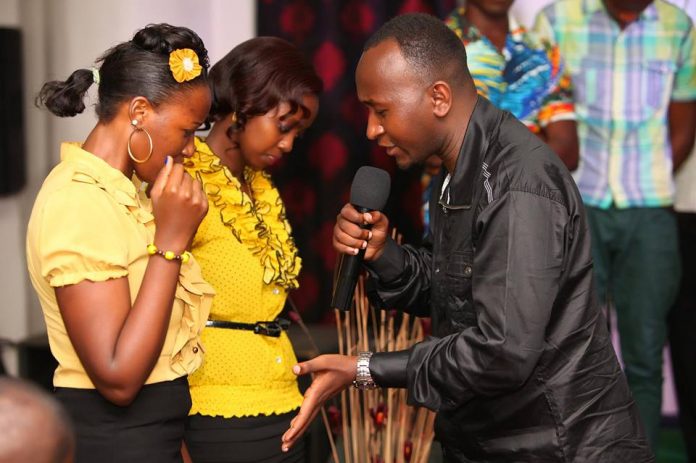 In a video which has since gone viral, flamboyant ‘prophet’ Elvis Mbonye of the Zoe Ministries claims in December last year, God told him that a virus from china was coming to Uganda.


However, The greatest prophet of our generation, claims he chose to keep quiet, but he decided not to warn us because he felt Ugandans were not going to believe him

‘’God told me back in December 2019 about coronavirus coming to the world but I was scared of telling my followers, I thought they wouldn’t believe me”- Elvis Mbonye said in a short video


Pastor Moses Solomon Male, the head of Arising for Christ Ministries and outspoken critic of the prosperity gospel says the Covid19 has exposed all fraudsters who have been preaching “the gospel of extortion”
Male told URN that for some time been trying to expose fraudulent preachers who claim to have supernatural powers to offer financial blessings, physical well-being and healing among their flock in exchange for material benefits in vain.