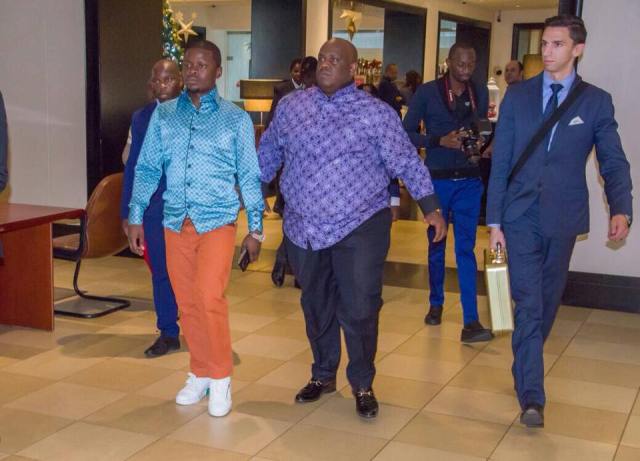 Self-proclaimed prophet Shepherd Bushiri and his wife were arrested by the Hawks on Friday morning in South Africa on charges of fraud and money laundering.


Hawks spokesperson Hangwani Mulaudzi confirmed the arrest and said the case against the couple was linked to alleged offences of fraud and money laundering.


Mulaudzi said that the couple, who run several business enterprises in South Africa and abroad, were expected to appear before the Pretoria Commercial Crime Court on Monday.
According to a statement posted on Bushiri’s Facebook page, the arrest took place at 07:00 at the Sparkling Waters Hotel in Rustenburg.

“They took the Prophet and our mother Prophetess Mary Bushiri in handcuffs to Pretoria. They have charged our father with fraud and money laundering,” the statement on his page reads.
In April last year, tabloid publication Sunday World reported that Bushiri was apparently making so much money from his churches in South Africa that he was able to send R15m a month back to his home in Malawi.


read: Who is Pastor Aloysius Bujingo?

The “Major 1” as he is affectionately known by his followers, also kept social media abuzz in December 2017 for selling tables for a gala dinner at a cost of between R1 000 and R25 000.
Bushiri has recently denied that his church demanded congregants to pay in order to have one-on-one sessions with him.
///news24