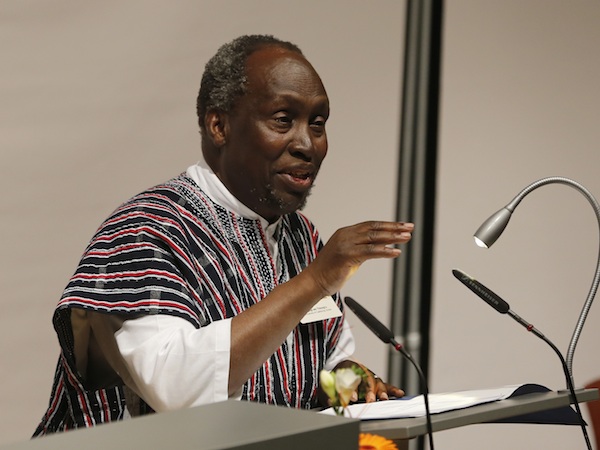 Renowned Kenyan author Prof Ngugi wa Thiong’o believes people who have mastered foreign languages, but are not conversant with that of their ethnic group, are enslaved.


On Tuesday, the professor of English and comparative literature in the United States was at Maseno University to launch Somo Ber, a book in Dholuo published by East African Educational Publishers (EAEP).
Addressing the packed Millennium Hall, Prof Ngugi used metaphors to explain to the audience of his resolve to promote local languages in the country, but was quick to point out that he is not against foreign languages.


“If you have mastered the environment of your home, you can go to other places very well and come back, unlike when you go somewhere and do not know where you come from,” said the author, adding that “if you know the language of your culture and add the others, it is empowerment.” Prof Ngugi had earlier said his switch to writing in the local language was motivated by the fact that his mother could not read his books in English, since she had not mastered the language.
In his book Decolonising the Mind, the author advocates the preservation of local languages, saying imperialists used their languages to succeed in their push to colonise Africa by “killing” the local dialects.
mental slavery

He took issue with teachers fond of punishing pupils for speaking in their mother tongue, terming it “mental slavery”. He challenged county governments to channel resources into promoting local languages.
“County governments must put resources behind African languages; let it not just be talk that we support our language but we give priority to foreign languages. If we support our local languages, we will create new people who will conquer the world,” he said.


The book, written by Norbert Oluoch, George Ombetu and Chrispine Ogola, is meant for use by Standard One learners.
It has three chapters with content on listening, speaking and writing. It will also take learners through oral skills.
“The book is unique in that it gives a pupil the opportunity to relate with what he or she learns in class to his or her environment,” said Mr Ogola.
///Daily Nation