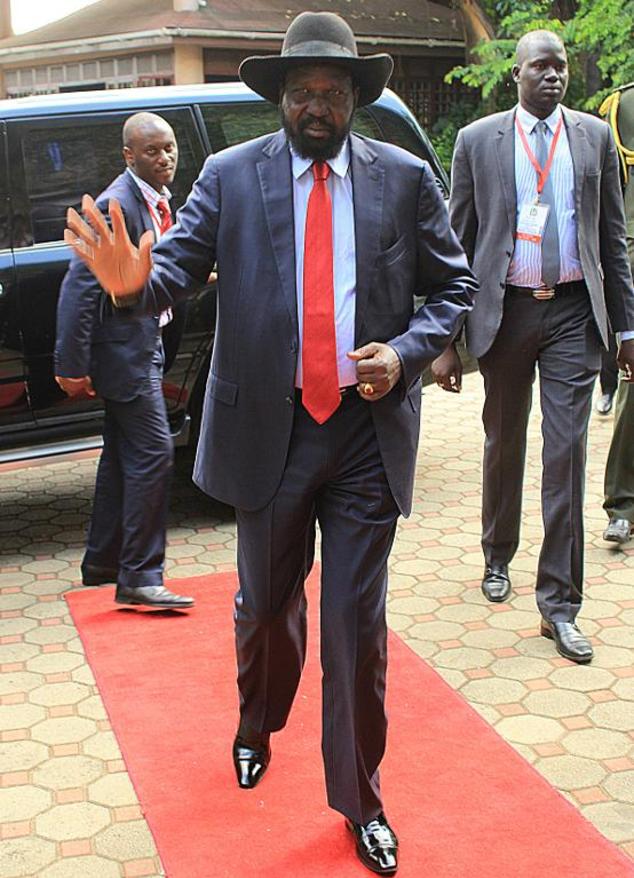 South Sudanese government and opposition leaders have failed to halt atrocity crimes, including killings, rape, and forced displacement, or to hold those responsible to account, Human Rights Watch said in a report released today.
The 52-page report, “‘Soldiers Assume We Are Rebels’: Escalating Violence and Abuses in South Sudan’s Equatorias,” documents the spreading violence and serious abuses against civilians in the Greater Equatoria region in the last year. The report focuses on two areas: Kajo Keji county, in the former Central Equatoria state, and Pajok, a town in the former Eastern Equatoria state.


Nine men – including President Salva Kiir, former Vice President Riek Machar, former army chief of staff Paul Malong, and six other commanders – should face sanctions in view of the mounting evidence of their responsibility for grave violations during the conflict, Human Rights Watch said. The United Nations Security Council, European Union, and other states should impose sanctions on the nine men, and the Security Council should also impose a long overdue, comprehensive arms embargo on South Sudan.

“Four years into this crisis, gruesome crimes continue, with millions displaced and hundreds of thousands facing a man-made famine,” said Kenneth Roth, executive director of Human Rights Watch. “It’s well past time to send a strong message to those in positions of power that atrocities will come at a price.”
Human Rights Watch conducted research into the crimes in both states, which have since been divided and renamed by presidential decrees, in May 2017 in northern Uganda, where the vast majority of the victims have fled to refugee settlements. In both South Sudan locations, government soldiers, mostly ethnic Dinka recruits deployed to fight rebels in counterinsurgency operations, committed a range of crimes against Equatorian civilians on the basis of their ethnicity, including unlawful killings, arbitrary detention, torture, enforced disappearances, and widespread looting.


In Kajo Keji county, attacks began with the deployment of new government forces in mid-2016. Witnesses described at least 47 unlawful killings by government soldiers between June 2016 and May 2017, though the total is most likely much higher. In several cases, witnesses said soldiers entered homes and shot civilians, including children, elderly, and people with disabilities.
A middle-aged woman from Romogi village said that soldiers killed her husband, a farmer, and two of her children, ages 5 and 10, on a Tuesday afternoon in January. “I was cooking dinner when about 10 soldiers came to our house,” she said. “My husband went out and they shot him. Then my sons followed him out and they shot both boys.”


Witnesses from Pajok said that large numbers of government soldiers entered the town on April 3, and killed at least 14 civilians on the spot. “They pulled me out of the car and took my keys,” said a man in his 60s. “Then, right in front of me, they shot at a man.” He saw them kill several others as well.
Witnesses and victims from both locations also reported dozens of cases of arbitrary detention by the army, including holding victims in shipping containers for long periods, torture, and enforced disappearances, with the authorities refusing to acknowledge the detention or disclose the person’s whereabouts or fate.


Since the conflict started in December 2013, almost 2 million people have fled South Sudan, and another 2 million are internally displaced with more than 200,000 still in UN protection sites. In the last year alone, the spreading conflict and abuses pushed over 700,000 South Sudanese into refugee settlements in northern Uganda, leaving many areas in the Greater Equatoria region empty.
Launch Interactive
An August 2015 peace agreement did not end the fighting, which resumed in Juba in July 2016, and continued in areas south and west of the capital. Human Rights Watch has documented serious crimes against civilians in Yambio, Wau, and Yei, including clear patterns of sexual violence by government soldiers against aid workers and South Sudanese displaced women in the UN protection site.


Human Rights Watch and others have long urged the UN Security Council to impose a comprehensive arms embargo on South Sudan and additional targeted, individual sanctions. The Security Council has not imposed an arms embargo but has placed travel bans and asset freezes on three government and three opposition commanders. The United States and EU also have sanctions in place against the six individuals. The EU has had an arms embargo in place for years but the African Union (AU) has not imposed additional individual sanctions or an arms embargo.
Sanctions should be imposed against the following nine commanders against whom Human Rights Watch has accumulated evidence of responsibility for serious violations of human rights and international humanitarian law:
President Salva Kiir, the army commander in chief;


Former Vice Presdient Riek Machar, leader of the opposition forces, in exile in South Africa;
Gen. Paul Malong Awan, former army chief of general staff and governor of Northern Bahr el Ghazal state;
Lt. Gen. Johnson Juma Okot, formerly in charge of the army’s Division 6 troops accused of abuses in the Equatorias and now deputy ground forces commander;
Lt. Gen. Bol Akot, who was in charge of the Gudele and Mio Saba areas of Juba at the time of killings of Nuer civilians in December 2013, formerly in command of the army commandos accused of abuses in Western Equatoria, currently director of the National Police Service;


The Commission on Human Rights in South Sudan should also urgently investigate the potential criminal responsibility of all these men, both direct and on the basis of command responsibility, Human Rights Watch said. The UN Human Rights Council in March mandated the Commission to collect and preserve evidence with a view to prosecute those responsible for war crimes and crimes against humanity in fair and credible trials.
While the 2015 peace agreement envisioned a hybrid court for South Sudan to be established by the AU Commission, almost no tangible progress toward its establishment was made in more than eighteen months. A key challenge was that South Sudan’s government had yet to substantively engage with the AU Commission on the court’s creation.


On July 21, 2017, AU Commission, South Sudanese, and UN officials met in Juba to discuss the Hybrid Court for South Sudan and agreed on a roadmap for the court’s establishment, including finalizing the court’s statute by the end of August.
The AU should ensure continued forward momentum – even without cooperation from South Sudan’s leaders, if necessary. If a credible, fair, and independent hybrid court is not established, the option of the International Criminal Court (ICC) remains and should be pursued. As South Sudan is not a member of the ICC, either referral by the Security Council or a request from the government of South Sudan would be needed.


“The proposed AU Hybrid Court for South Sudan raised hopes of ending the cycle of violence and impunity,” said Roth. “Yet, nearly two years later the court still does not exist. The July 21 roadmap could be a breakthrough for victims, but the proof will be in the establishment of the court.”