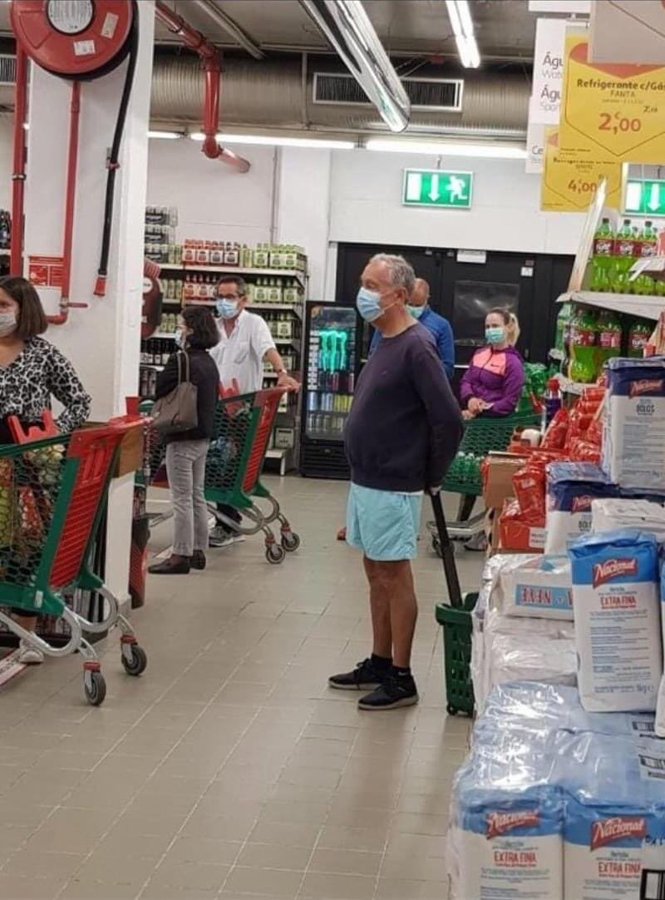 Portuguese President, Marcelo Rebelo de Sousa, was recently photographed shopping in a local supermarket, blending in as a normal citizen.
In the photograph, the president who has been described as a down to earth, is seen in shorts, shirt, and trainers and of course a face mask. And maintaining social distancing measures


He also had no security team around him and did not receive any special assistance or privileges.
According to local media, both Rebelo de Sousa and Prime Minister Antonio Costa are trying to send a message of normality to Portuguese citizens as the country starts lifting its COVID-19 lockdown measures.

Marcelo Rebelo de Sousa came to power in March 2016, without the support of any party. He was made president for his own work, merits and great popularity, as he was well-known in all of Portugal when he ran for office.


His career as a lawyer, university professor, politician, minister of Parliamentary Affairs, and political analyst on the main Portuguese radio and television stations give him a high prestige among the Portuguese.